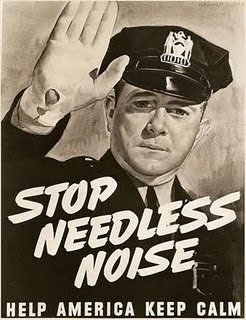 Now I agree 100% with this statement... it has happened to me on my own blog... I fix issues like this as soon as I know... I'd rather delete a post that have an auto starting video or mp3. One problem though is some flash players don't follow the rules!

I am still amazed when I run into websites that start blasting music at me the second the page loads. Are we stuck in the 90’s? Even MySpace has made it so the default for a band page is to not do this. They now make a band dig into their settings to make this happen. Why? Because it is just bad form. It’s rude and it turns people off. They also got tired of paying for the bandwidth for people that didn’t want to hear the music in the first place. It is why “Band Spam” on MySpace was getting such a bad reputation! For the most part it is looked down on, but people still do it. I recently made a post on several social networks ranting about this practice. Most of the people of course agreed that it drove them nuts when bands do this. A few wondered why it is frowned on.