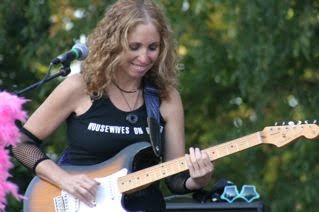 Jane Getter is one of the most exciting and innovative guitarist/composers on the scene today. Early in her career she toured with legendary organist Jack McDuff, which provided invaluable training ground as did stints with Joe Lovano, Richie Beirach, Kenny Barron, Jack Wilkins, and many others.
Her composing talents received attention when she won the ASCAP Gershwin Award for Music for Theater or Dance (1993). She then teamed up with writing partner Lenny White (Return To Forever). They co-wrote Urbanator's smooth jazz hit Hopscotch, along with other compositions which were recorded on White's CD's Present Tense and Acoustic Masters. During this time she recorded and toured with Michal Urbaniak's band Urbanator featuring Kenny Garrett, Tom Browne and Lenny White. She then received widespread exposure playing in the Saturday Night Live Band.

Over the past few years, Jane has been featured in Guitar Player Magazine's Sessions section in August 1999 and January 2000. Her debut CD on Lipstick Records, titled Jane, continues to receive worldwide critical acclaim. Her band, which consists of a stellar crew of New York's finest -- Adam Holzman, James Genus, Keith Carlock, Abdou M'Boup and vocalist Thulani can be seen playing in the New York City area and touring the US. They recently opened for guitar legend Allan Holdsworth in NYC's BB Kings Blues Club. Her 2nd CD titled See Jane Run was released in 2005 on Alternity Records, the home label of Allan Holdsworth.

Jane continues to perform, tour and record with many other great artists such as Jaimoe (Allman Brothers Band drummer), Ursala Dudziak, Regina Carter, Cindy Blackman and Richard Bona. Recently she has been performing with her own trio in festivals in Europe and the States, including Warsaw's Guitar City and the San Francisico Jazz Festival.

Jane was interviewed in Guitar Player Magazine's April 2006 issue. She will be featured in an instructional Jazz Guitar DVD which is soon to be released by Truefire. Her next CD release is a special guitar duet project with guitarist Bruce Arnold. http://www.janegetter.com 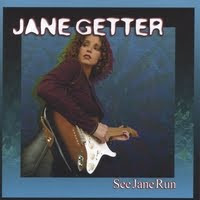 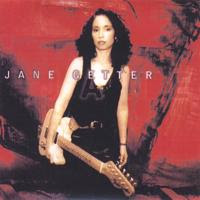