It's simple and no, there is no catch you can download either or both of his CD's in high quality MP3 format (zipped). It would be great to have some feedback - other than the obvious (would sound better with a real drummer, etc...) - so download it, and drop Jim Horne some comments!!!

07-07-2007:
Jim Horne: posts his lesson for Chops From Hell. Tab avialable from chops from hell


01-07-2007:
Jim Horne returns wih the track "What if" from his CD "Panic Attack"! All improv with lots of legato using a Conklin custom sidewinder 7-string "Melt-Top" guitar... The audio quality isn't the best, but that's something that Jim is working on...

08-11-2006:
Hot off the presses: If you don’t already have a copy Jim’s CD’s – "Zero Tolerance" and/or "Panic Attack", Now is your chance to get them for FREE!!! This offer is only valid until November 13th, 2006, (Jim's Birthday) and quantities are limited for there will NOT be another run of either CD – once they are gone, they will be out of print. Simply send an email with your address and which CD(s) you would like!

NOTE: Only 1 copy of each CD is permitted...

22-05-2006:
Guitarist Jim Horne's now released a new CD, "Panic Attack". This is a full-length companion to his EP/CD "Zero Tolerance", and is a mix of progressive rock, fusion, and shred.

09-03-2006:
Sorry, a bit slow on the update. Jim has posted snippets from all 11 songs from the upcoming CD - "Panic Attack". One song "Speed Trip" features a guest solo from long time friend Francesco Fareri. Still no video. 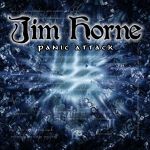 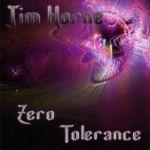 25-08-2005:
Ok good news for Jim' s fans his debut CD is now available from his online store, so you can now buy his CD "Zero Tolerance" online.

17-07-2005:
Still waiting for Jim's debut CD "Zero Tolerance"? Shame on you, he's been busy revamping his web site, making it simpler to use. So you can still check out his mp3 and videos

Background:
James William Francis Horne (Feretti) was born in a small Pennsylvanian town, where he currently resides. James was drawn to the guitar when he heard his cousin play. He started playing himself when he was nine years old. He had some basic lessons, but because the tuition available was not what he wanted he began to study on his own. During high school he undertook music theory lessons and then moved to attend the Crissinger School of Music.

He is currently focusing on producing his debut Instrumental CD entitled "Zero Tolerance". Jim is also working on instructional video and hopes the his Progressive Rock/Metal band will be on tour soon.

Check out his web site for a more complete bio, demo mp3 and video tracks from his new release. He also provide some guitar lessons Jim also features as a guest columnist on "Chops From Hell" web site. You cnan check out some of his guitar lessons: