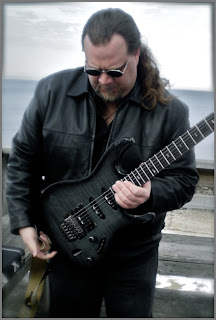 IC: Your debut solo album, "Pathos and Logos," has just been released. You're by no means a one-genre musician, so stylistically what can new listeners expect to hear on the album?

Ethan: My goal with this record was to cover a lot of territory, stylistically. I'm constantly working on a lot of music in seemingly disparate styles with the various projects I'm engaged in as a sideman, guitar soloist, singer, producer or teacher. So, I think this record reflects that, although this is an entirely instrumental release with a focus on guitar. There's a but of Fusion, Heavy Rock guitar, Blues, Ambient, Prog Rock, Acoustic Fingerstyle, and Jazz.

I tend to be attracted to music that takes risks and is hard to define... the very things that would frustrate a traditional record label. I think that comes through in this release. Traditional music business wisdom tells us that records like this are hard to market, but when we consider so many of the perennial best-selling records of the last 40 years, many of them were risky and multi-faceted. I think of Stevie Wonder's "Songs in the Key of Life", "Blue" by Joni Mitchell, Michael Jackson's "Thriller", Pink Floyd's "Dark Side of the Moon", and especially Led Zeppelin's "Physical Graffiti". Physical Graffiti was an influence conceptually for this record. There's so much wonderful, seemingly conflicting musical content on there, but the thread was the strong personalities of Page, Bonham, Jones and Plant. I think the thread is in my phrasing and in some of the harmonic vocabulary. There are a couple of musical themes that pop up in different arrangements throughout the record.

Also, at this point so much of music sales is based on the digital distribution of MP3's. If you have a record with many different styles on it, you have a greater potential to appeal to a wider audience. Many of the time-tested methods of marketing and presenting new music are folding in the wake of a consumer base that is much more in control of what content they buy. Really, the shake-up of the music industry power structure is a wonderful opportunity for the independent musician if they can properly take advantage of it.


Improv over a groove by Ken Flagg


buy the CD Pathos and Logos 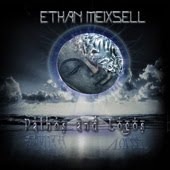