Betty Navas: this girl likes to rock, another Strato Sister for the StratOBlogster

on January 19, 2011
JP over at http://www.stratoblogster.com/ keeps a list of the hottest female rock guitar players... and Betty Navas is another for the list. If you find any more let JP know! 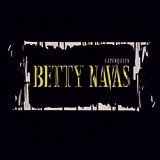 This Miami bred artist began cultivating her musical styling in grade school while studying voice and piano. Her musicianship varied from singing and playing in school assemblies, local television programs, the acclaimed Miami's Children's Chorus, playing guitar with an acoustic ensemble, singing in various plays and touring with a pop/rock ensemble. After attending Hollywood's famed Musicians Institute of Technology, and a stint as a backing guitarist to some LA locals, Betty pressed pen to paper. This transition led to turning a thought into a chorus and melody from emotion into popular music.

Redefining her vision, her road to success has already begun as an artist writing/performing music for her own band, for the stage play Fine in Hollywood and independent film Chance (directed by Amber Benson of TV's Buffy The Vampire Slayer). Diverse musical ability has also enabled her to sing in a commercial video and play a date with hardcore Warner Brothers outfit Heidi . This diversity culminates work that represents Betty Navas as a talent. Talent and the ability to transform life into music are the true window to Betty's soul.

Guthrie Govan: Framed In the room with Zimmer

Andy Timmons: 'TAKE ME WITH YOU' (From 'Electric Truth')