Ever since I've listened to T.R.A.M.'s album I fell in love with this song, so I just had to cover it.
I'm using a custom Siggi Braun hollow body that my friend Felix Niehoff has kindly borrowed me. Audio is provided by Axe Fx II, I'm using preset #239.
If you like this video, check my band Abiogenesis
http://www.facebook.com/abiogenesisband
I'm now teaching on BANDHAPPY, hit me up for lessons! 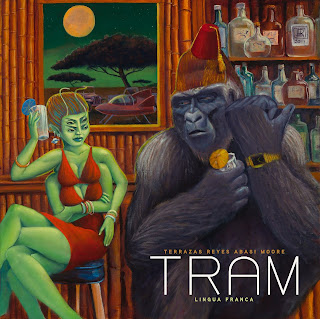 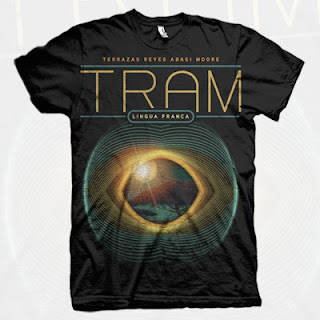 Featuring members of Animals As Leaders, The Mars Volta, and Suicidal Tendencies!

Yep, you read that right — Sumerian has signed T.R.A.M., a new supergroup consisting of Animals as Leaders guitarists Tosin Abasi and Javier Reyes, Suicidal Tendencies drummer Eric Moore, and Adrian Terrazas (who used to go by “Adrian Terrazas-González” but whatever), who played flute/sax/bass clarinet/percussions on three albums by The Mars Volta (Frances the Mute, Amputechture, and The Bedlam in Goliath). The band’s moniker, in case you haven’t put it together, is an amalgamation of the last initial of each musicians’ name (For the cheap seats: Terrazas, Reyes, Abasi, Moore).


Ah, but the important question is: What does T.R.A.M. sound like? Alas, I have no answer for you. The band’s Facebook page is not yet streaming any music. But they’re scheduled to release their debut album, Lingua Franca, in May, so presumably we’ll hear something pretty soon. If I had to make a guess as to what the band’s sound will be, though, I’d wager “Music-dorky as fuck.” I mean, if these dudes all got together and formed The Ramones, people would probably be really disappointed, right?
And for those of you lucky enough to be attending SXSW, well, here’s some more good news. metal sucks