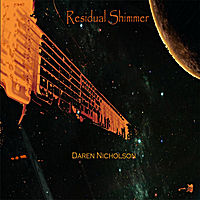 About "Seeing"...
"I had completed a version of this track about 5 years ago. The arrangement was pretty much the same. Back then, I felt that it would be adequate to improvise one take over the entire backing track and that would be the track. So, after I had a couple of decent takes, I began listening a lot closer. I realized quickly that spontaneity and exuberance didn't make up for sloppiness, or lack of cohesiveness in the bigger musical picture. So, I redid the entire backing sequence with some smoother transitions in the arrangement. I got pretty meticulous with each phrase on the guitar. I think the track has an almost classical feel, where a story about overcoming despair and finding ones way to the light, to redemption and vindication, is told solely through music. I would love to see this played live with an orchestra someday." - Daren Nicholson