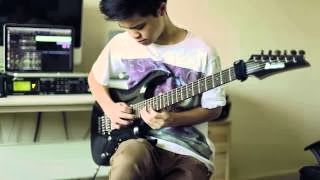 A few months ago my good buddy Matt Harnett asked me to play a guest solo on his debut EP 'Enigma' alongside other guest players Sean Ashe and Jakub Zytecki. Matt is one of my favourite musicians and he's a ridiculously talented guitarist and composer - twas an honour to play a solo on his EP, hope you dig it. Definitely check it out and buy it at http://mattharnett.bandcamp.com/

The video was filmed and edited by Christopher Quyen:http://www.facebook.com/ChristopherQuyen