Ask any artist to reveal their most important ingredients for success, and you are guaranteed to find creative freedom near the top of the list. Thus it has proved for Sixx:A.M, a band comprised of Nikki Sixx, DJ Ashba and James Michael have formed a creative collective characterized by a free-spirited, artistically pure approach and genuinely diverse musical influences. That wide-winged philosophy resulted in the band’s third album, the alluringly titled Modern Vintage, which offers both billion-dollar choruses, and nods to great bands from the 70s like Queen, Bowie, T. Rex and Sweet. It is a record that represents the culmination of seven years of collaboration between three friends who, in the beginning, didn’t even really want to start a band…

Video from the show 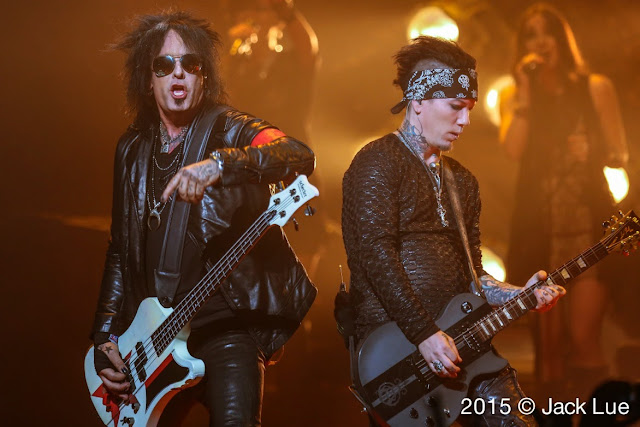 “This all just formed incredibly organically,” says producer and vocalist James Michael of Sixx: A.M’s initial formation. “I had been working with Nikki on some songs and we got talking about the idea of doing a soundtrack for a film version of what would end up becoming The Heroin Diaries. A couple of years later he called me up and said ‘We’re actually going to publish The Heroin Diaries as a book. How would you feel about doing the soundtrack for a book?!’” 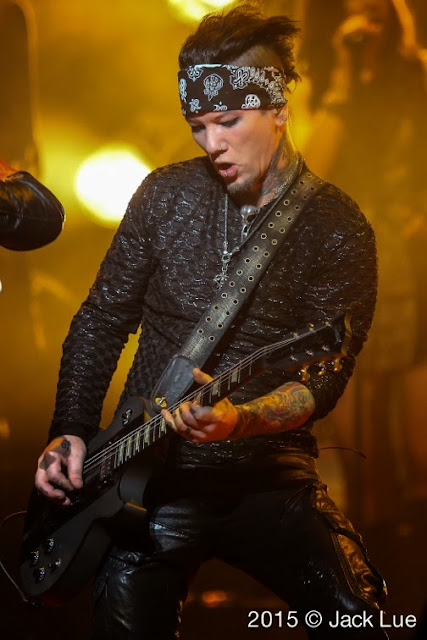 Sixx and Ashba had already been working on material for what would become The Heroin Diaries Soundtrack and were considering having guest singers across the various tracks. “James was suggested and to be honest, I didn’t even know him as anything other than a producer at that point,” says Ashba, “but as soon as we heard James sing, we didn’t want anyone else.’” 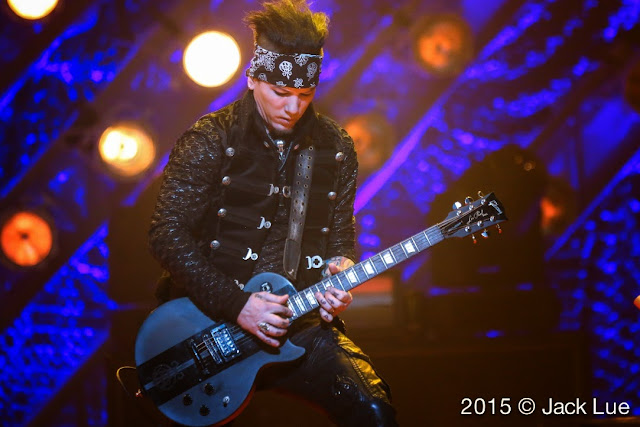 “When my management eventually heard those songs they were like ‘You need to have a name and be a band,’” adds Sixx. “Until that point, we hadn’t even really thought about it in those terms!” 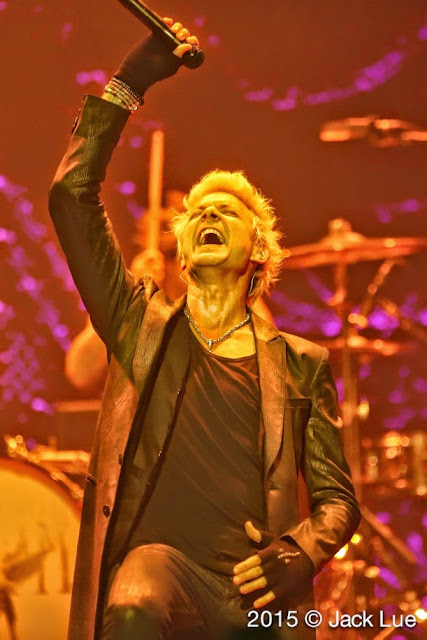 What followed was unprecedented success. The Heroin Diaries Soundtrack sold over 370,000 copies in the US and spawned a Rock Chart topper in the shape of “Life Is Beautful.” More than that, it was a uniquely compelling companion to a New York Times Best Seller and arguably the first ever rock soundtrack an autobiography has ever known. Inspired by an overwhelming public response, the band returned to the studio to pen second album This Is Gonna Hurt, a record which, similarly to their first, runs in parallel with Sixx’s book of the same name. Again they tackled the dark personal topics and again they triumphed, scoring a Billboard top 10 and another Rock Chart number 1. 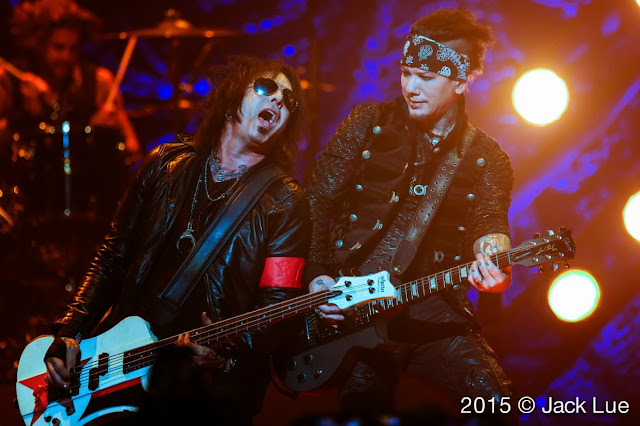 Of course, these impressive achievements all stem directly from Sixx: A.M’s constant willingness to challenge themselves and push at the edges of their inventive and technical capacities. “I feel like the three of us are able to set goals – sometimes goals which seem unachievable – and figure out how to not only reach, but surpass, those targets,” says Sixx. “When it came time to makeModern Vintage, we sat down and said, ‘We have to dare to make something that could leave us looking very silly’,” confesses James Michael. “We needed to take risks and accept that it might fail.” The result of that risk is an album which sees the band going back through the history of the music they love, constantly developing and expanding their sonic palette while continuing to explore lyrical territory which is personal, spiritual, philosophical and intensly poetic. 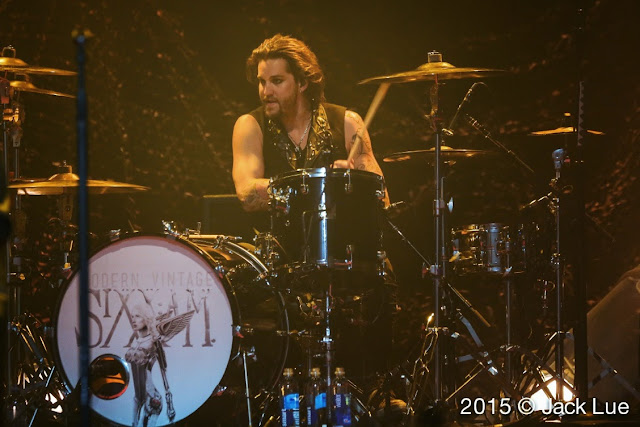 “My favorite writers are Ginsberg, Burroughs and Kerouac,” smiles Sixx. “What we do lyrically with Sixx:A.M is not one dimensional; we try and go as deep as possible. We want people to feel something and connect with what we are saying.” The upshot is that Modern Vintage is record of beauty and genuine substance, that will move both your head and your heart and that will attract the casual listener and the avid music fan alike – the sound of three masters producing something which confounds both expectation and categorization.

Video from the show 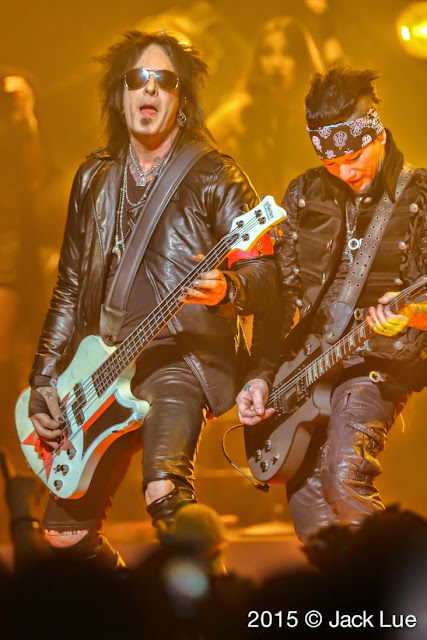 It’s this profound message – as well as their unorthodox means of disseminating material – which has cultivated the powerful bond the band share with their fans. These are not just songs to be idly enjoyed and cast aside, there are plenty for whom Sixx:A.M has been a catalyst for real and long-lasting life change. “There are messages of self-improvement and striving on all our records,” says James Michael “and I am glad that people are able to relate to those aspects of it.” 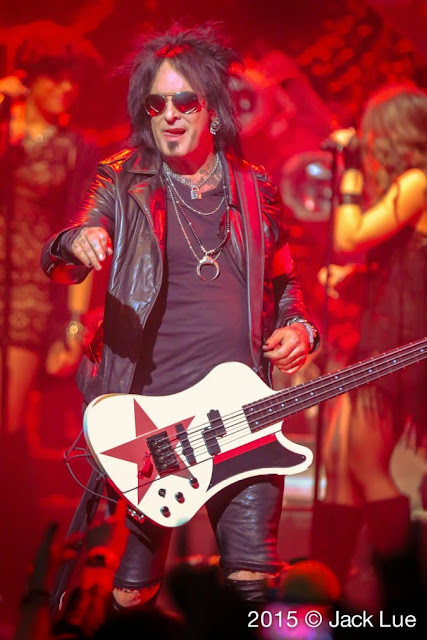 “Sixx:A.M really is a labor of love for us,” continues Ashba. “We don’t follow any of the guidelines. It’s a space where we can truly be artists, truly be free and truly create exactly what we want to create. The canvas is totally opened up for us.” “We want to go where the bands that we loved were prepared to go,” adds Sixx; “where Queen were not scared to go, where The Beatles were not scared to go. It’s total freedom.” 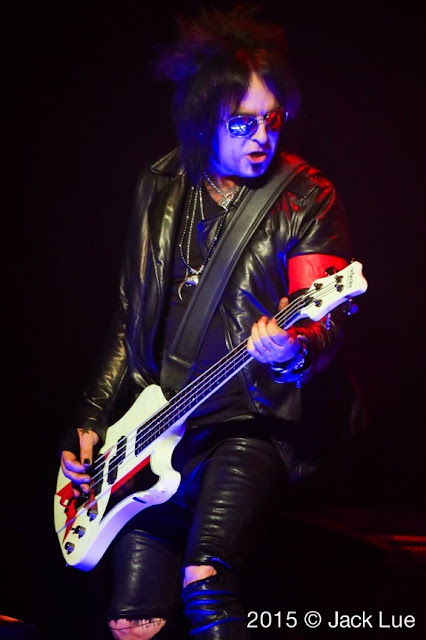 In that spirit of fearlessness, the band the approached composing their forthcoming full length offering. Take the inimitable “Stars”, whose heavy yet grooving instrumental belies a deeply introspective message of almost spiritual quality – a perfect marriage of guts-out power and craft the likes of which will have listeners slack-jawed in admiration. Then there’s the Jack White meets Lenny Kravitz shuffle of “Miracle” – a track which, believe it or not, began life as a Bee Gees-esque disco tune. Elsewhere, the fizzing emotion of first single “Gotta Get It Right” has a cinematic charm; its stomping beats injected with an epic sensibility and wind-in-your-hair joy. It was, Michael admits “The last song we wrote for the record, but I couldn’t imagine the album without it now. To me, it represents everything about Modern Vintage, sonically, melodically and lyrically – it’s the song we’ve been trying to write for ten years.” 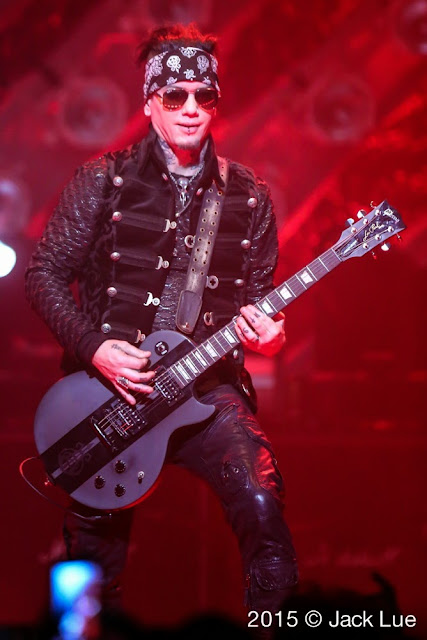 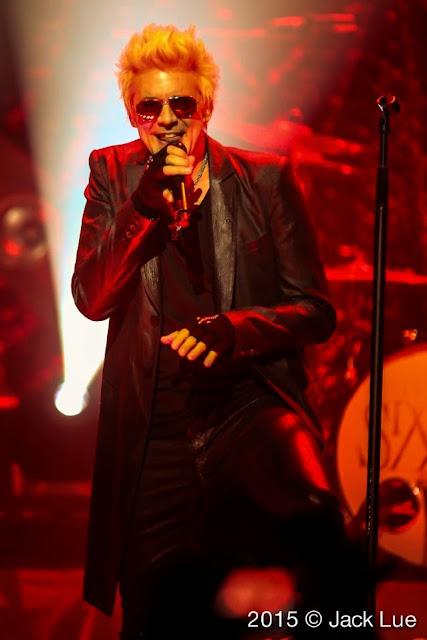 For fans, Modern Vintage also heralds a new era for the band, in which Sixx:A.M’s live performance looks set to take center stage in a way that has previously not been
possible. Astonishing as it seems and despite all their overwhelming success, the band has only played 30 gigs since its inception – something that looks set to change in the very near future. 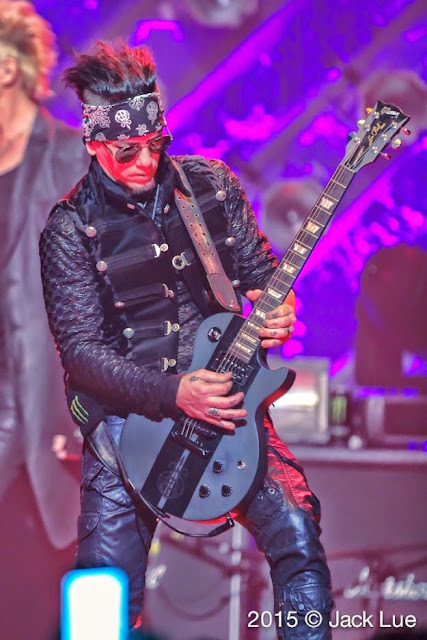 “Not only are we are excited for people to hear this record but we are also excited to get out and play it live on tour,” enthuses James Michael. “It’s going to be as fun to create a Sixx:A.M live experience as it has been to create the music” adds Sixx. “And when Motley winds up, all my time and all my love is going into Sixx:A.M.” 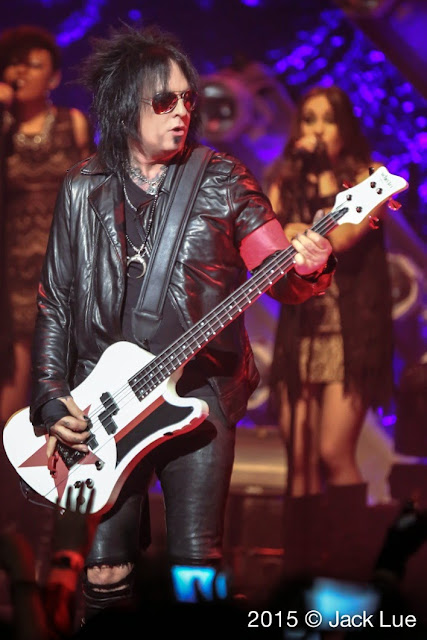 “So far, everything in this band has worked out exactly as it has needed to for us to recognize the love we have for each other and for what we do musically,” finishes James Michael. “We know that Sixx:A.M is a unique situation, but it is also a beautiful situation: to have these friends to be able to do this with, and to have this outlet for our art, is a truly special thing – and we are going to make the absolute most of it we can.” 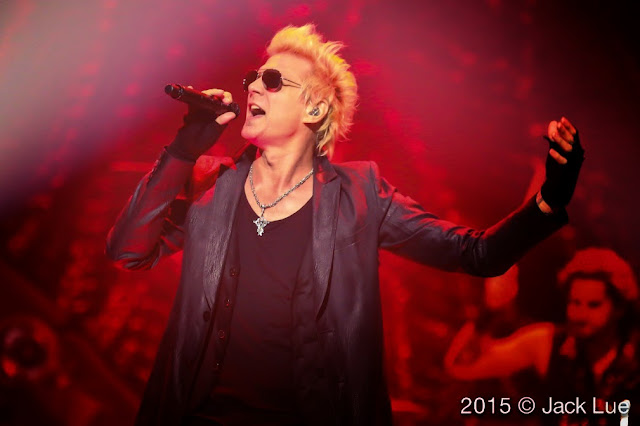