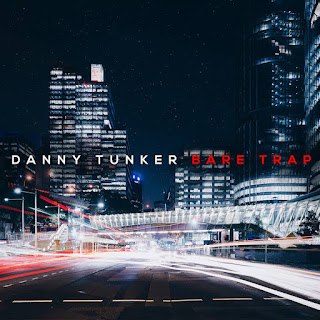 Like the beginning of many a great blues lyric: I woke up one morning......in the beginning of December 2015 while working on songs for a jazz fusion project I'm working on with my buddy Christian Muenzner (more on that later!) with most of this song in my head. I finished it that morning and whipped up a demo later that same day.

After a few days of being undecided on what to do with it I decided to ask Hannes Grossmann and Erlend Caspersen to play on it and release it on my own. After sending everything off to Per for mixing and mastering we decided the song would benefit from keys and Per added his magic to the song as well as preserve everybody's performance in crisp detail with his masterful mix.

When I received the final mix it struck me that I wanted artwork too (further emphasising the whole 'spur of the moment/no thinking ahead' feel of this project) and after looking through my albums I approached Plini because of the cover he created for his song 'Cloudburst'. I was thinking of a more urban interpretation of that cover and he immediately grasped what I was going for, even suggesting teaming up with Demas Rusli, a good friend of his and stunning photographer in his own right. What they came up with was better than I imagined possible. Glorious!

Everyone involved brought their A-Game and lifted the whole project to a different level for me. The fun I had and the gratitude I feel for their contributions can only be summed up thusly - Hannes, Erlend, Per, Demas and Plini: I wish to thank you with every fiber of my being.

As for anyone reading this: I sincerely hope you'll enjoy listening to this song as much as I loved making it.
credits
released March 5, 2016
'Bare Trap' was written by Danny Tunker

Hope you like the track. You can buy it on Bandcamp! (and soon on iTunes)