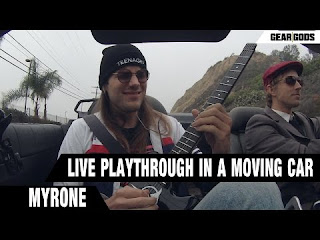 MYRONE plays through his track "Ski Resort 87" from the Drift Stage soundtrack (available now at http://myrone.bandcamp.com/) while driving down the highway in a car. All guitar audio was captured live direct into Garage Band with the IK Multimedia iRig HD 2 in one continuous take.