Michael Gregory: Get You Back - great Shawn Lane tribute 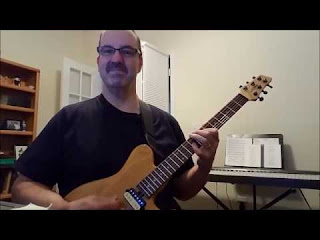 There are few musical geniuses, but there are even fewer musical phenomena. Shawn Lane was a phenomenon - a freak of nature. As equally technically gifted and self-taught on piano as on guitar, he began at age 10 and was already touring with Black Oak Arkansas at age 13. I've always loved this tune of his because of the beauty of composition and the emotional content. His restraint is admirable, as he serves the song and doesn't start burning until the end of the fade out. Nashville drummer, Steve Ebe, with whom i toured in Steve Holy's band, played with Shawn and Sonny Landreth, so it made me thankful he was charitable toward my playing after working with those two.