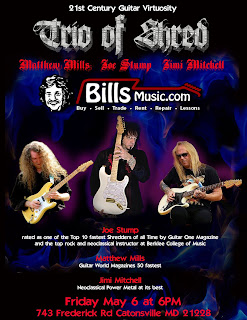 I am happy to announce that I am doing some shows with the legendary Joe Stump. When I was in college I took two subway trains to pick up a copy of the Joe Stump record Night of the Living Shred at record store that carried his music in Atlanta Georgia. In the 90s there was a bit of the anti guitar hero mentality but Joe played how he felt without ever apologizing for it! So many players in the 90s felt the need to hide there chops so the American guitar magazines would give them a good review or they would be criticized for sounding too 80s! Once again Joe played as many Neoclassical Arpeggio mixed passages with bluesy licks and Baroque pedal point compositions that would make you think of Yngwie Malmsteen mixed Ritchie Blackmore. He was releasing his albums in 90s when the word Neoclassical was considered a four letter word! His music was so inspiring in a decade that Guitar magazine writers tried so hard destroy players that played beyond the radio rock format. I very happy to share the stage with him and my friend Jimi Mitchell! 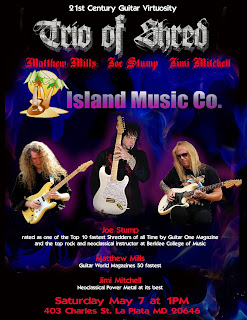 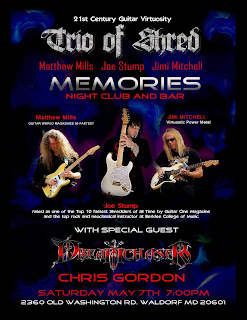