on May 30, 2011
Winterlong have just unveiled a web video for their contribution "Failed Connection" to the upcoming album "Embrace The Sun - The Lion Music Japan Benefit Project" which sees release on 17th June 2011.


This new track is the first offering since 2005 from the metal act led by guitarist/vocalist Thorbjorn Englund with the tracks line-up completed by drummer Gerald Kloos and guest vocalist Stella Tormanoff.

"Embrace The Sun - The Lion Music Japan Benefit Project" features 28 brand new tracks spread over 2 CD's from some of the best Lion Music acts and some special guests. Dedicated to the victims of the Tsunami and Earthquake that struck Japan in March 2011, all artists and composers as well the record label and publishing company are donating their profits from the material included to the Japan Red Cross in hope of a better world.

Full information and pre-ordering of "Embrace The Sun" can be found at: 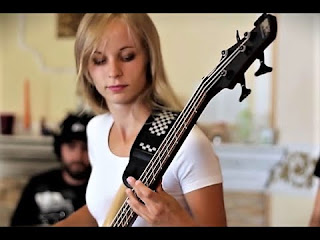