Eric Gales: the new album Good For Sumthin set for release in October 2014 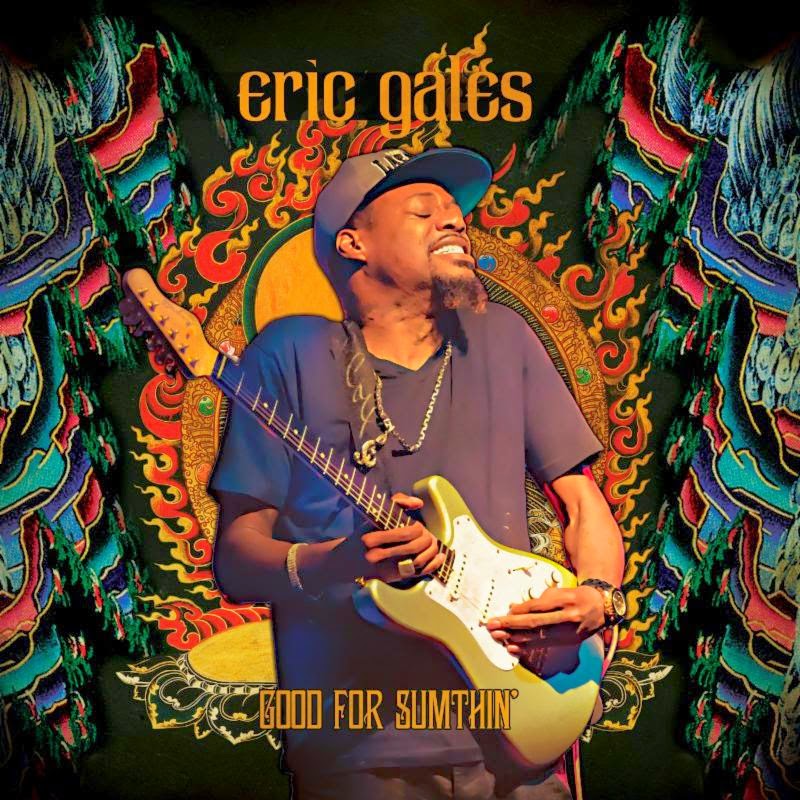 Acclaimed musician Eric Gales' newest CD release, GOOD FOR SUMTHIN', is an autobiographical journey from his Memphis upbringing to his current status as one of the most influential guitarists on the blues rock scene. The new CD, his 14th release, is scheduled to arrive on October 28 from independent Cleopatra Records.

GOOD FOR SUMTHIN' features the searing guitar work that has often brought Gales comparisons to Jimi Hendrix, but actually combines his own early influences -- musicians who themselves were Hendrix devotees such as Robin Trower, Frank Marino, Stevie Ray Vaughan and Eric Johnson. Says Gales, "Each of them has a different style, so I'm inspired by a lot of different music. All play a big part for me being who I am."

Eric Gales CD coverAs Gales says, "Growing up and developing my music, I wanted to be able to emulate Eric Johnson... so to wind up touring with this him and having him on my record is like a dream come true!" The feeling is apparently mutual as Johnson, who appears on the album's closing song, "E2 (Note For Note)," reported: "Eric has created a new record filled with incendiary guitar licks that are inspired and inspiring to listen to. He has also added to this a bundle of cool vocal harmonies and excellent lead vocals. I'm happy to be a part of it, and may it shoot high towards the bright stars above."

This 1991 Guitar World Best New Talent Winner has never been one to rest on his laurels, and the past year has seen him on the road touring with the Experience Hendrix Tour-joining a line-up that includes a true who's who of guitar masters. Headliners include Eric Johnson and Black Label Society's Zakk Wylde, both of whom make guest appearances on GOOD FOR SUMTHIN'.

Produced by Grammy™ winning producer and recording artist Raphael Saddiq and using lush harmonies and intricate guitar work, the songs on GOOD FOR SUMTHIN' tell Gales' life story in a potent mix of musical genres... alternately bluesy, psychedelic, funky and rock. "Raphael is one of my best friends, and when I asked him if he minded producing, he said, 'I want to do this...you're one of the baddest cats I know!' So just having the opportunity to work with him was amazing. And to do it with one of my best friends-who just happens to be one of the baddest producers, musicians, arrangers and composers in the business- just gives me goosebumps!"

The blues-rock track "Going Back to Memphis" is a collaborative effort, with rock industry pioneer Mike Varney contributing the lyrics. The song features strong vocal harmonies and intense soloing, and summarizes Gales' career journey, which will culminate at a CD release party to celebrate the new album in his hometown of Memphis. Making the event at Minglewood Hall even more special is its occurrence on the eve of his 40th birthday. "I don't know how I feel about turning 40," he says, "but with this CD release, it ain't so bad!"

Gales' well-crafted CD features smartly written songs with a message and his exuberant musicianship, which range from the toneful solos on "You Give Me Life" that double his smooth vocals to the intense guitar interplay with guest Zakk Wylde on "Steep Climb." "Show Me How" combines a contemporary modern sound with influences of the 60's and 70's, while the collaborations continue on "Six Deep" as Gales' wife LaDonna joins the band on back-up vocals.

In Gales' own words, this record was a
Eric Gales live4
long time coming.  And as he sings on the CD's title track, "We all need music to bring about some change. All you gotta' do is listen, and I think you'll feel the same."

Look for Gales on the upcoming Lauryn Hill release, as the Grammy winning singer has requested him to play on several tracks of her new CD. A big fan of Hill's, Gales could not be more thrilled about the collaboration.

Eric Gales' excitement about his craft is contagious.  "I am so proud of this new album," he says.  "I really put everything that I have into this one.  I wanted it to have an impact and be powerful, and the end result is just that!" 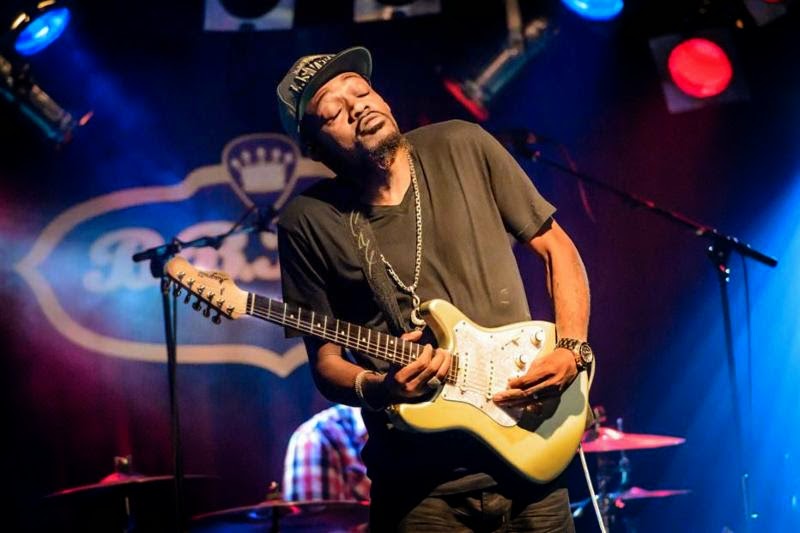 Memphis-born Eric Gales burst on the musical scene at the age of 15. His weapon of choice was a right-handed guitar turned upside down and played left-handed, drawing inevitable comparisons to Jimi Hendrix. While still in his teens, Gales was named Guitar World's "Best New Talent," signed a major label record deal and played for a national TV audience on The Arsenio Hall Show. All pretty heady stuff for someone so young.

He has since honed his craft through constant touring and collaboration with the rock guitar greats, which led to him performing as special guest at Woodstock '94 with Carlos Santana, an evening that Gales will never forget. To play with his musical Godfather at such a legendary event was an important moment for Gales, and it also signaled that this young musician "had arrived."

Decades of touring and recording have allowed Gales to hone his craft, becoming one of the most powerful and captivating guitarists today across multiple musical genres. The past year alone has seen Gales immersed in a progressive rock supergroup, recording with bass player dUg Pinnick (from Kings X) and drummer Thomas Pridgen (from Mars Volta). Their band is fittingly called "Pinnick, Gales, Pridgen" and in just over a year they're released two CDs. He has also toured with the Experience Hendrix Tour, joining a line-up that includes a true who's who of guitar masters-Buddy Guy, Johnny Lang and Kenny Wayne Shepherd, among others. Look next for Gales to guest on Lauryn Hill's upcoming release later this year, too.

As Eric Gales sings on GOOD FOR SUMTHIN's lead track "Come A Long Way": "I just want to play my music for everyone...forget about my worries and be the one... I've come a long way!"


And indeed he has.