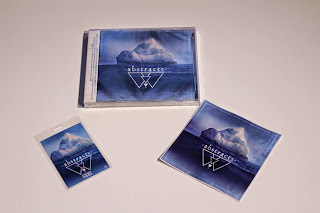 
Abstracts is a progressive metalcore band debuted from my label ViViX. And the self-titled album "abstracts" is their first release, which will be available on Oct 15th. The album features some top-notch talent in the world such as Mark Holcomb (Periphery), Acle Kahney (TesseracT) and Marcel Gadacz (Dream on, Dreamer). But what I'm most proud of is the band's songwriting skills. When I first listened to their composition, I immediately decided to make some great music and the next scene with them. Their music is cutting-edge.

Mark Holcomb gave us an intelligent guitar solo in track 6 "Twilight" 3:04~3:23, and Acle did an excellent mastering for the album. Marcel drew a perfect cover art for us. Besides, Oka Satoshi and Seku from G.O.D.II played cool solos in "Ancient" and "Aurora".