Italian progressive metal band Twinspirits return with their third album “Legacy” on 18th February 2011. “Legacy” takes all the best aspects of the bands previous two releases and adds a heavier dynamic and more cohesive sound thanks to a fixed line-up, the same that delivered the highly praised “The Forbidden City” and spent time on the road promoting that release.

“Legacy” marks the second album of vocalist Göran Nyström in the band, and his voice delivers another commanding performance over the material penned by band mastermind and keyboardist Daniele Liverani. Guitarist Tommy Ermolli takes a heavier role this time round whilst the rhythm section of bassist Alberto Rigoni and drummer Dario Ciccioni hold down the complex patterns with precision.

“Legacy” is divided in 2 main parts. In the first part we have 6 powerful straight ahead songs, still being progressive in nature and with a more direct feel to them than has been heard from the band before. The second part of the album is a multi suite movement, “The Endless Sleep”, divided in 5 songs (symphonic intro + 4 songs) that is more like an album within an album being very theatrical and visionary.

On the albums lyrical slant Liverani comments, “Lyrically the first 6 songs are independent to the suite, and are cover subject, including personal experiences, thoughts about life in this era, and different kind of reflections of human beings into this modern world we are living in”.

“The second part, the suite, is covering a concept story that runs through a journey that the main character is undertaking after a premature death, whereby he’s discovering a role that he's involved in after he passes away, and the meeting with a superior entity that is giving him a sort of second chance to get back to the human life to accomplish a human rescue mission as a second millennium messiah...a very struggling story that will be revealed part by part of “the endless sleep” 30 min. suite. The key points of the concept are in part “I'm leaving this world” where the main character describes the moment he passes away and his extra body experience, the song “Legacy” where we have the relationship between him and the superior entity that is explaining his new role in the afterlife, the songs “what am I supposed to do” is a very moving moment where he meets his parents while he's back to human life temporary, and the final part “tell me the truth” continues the description of the relationship of the main character with his afterlife guide mentor”.

Twinspirits will be getting back on the road in spring 2011 promoting the new album with a tour and some European festival appearances. 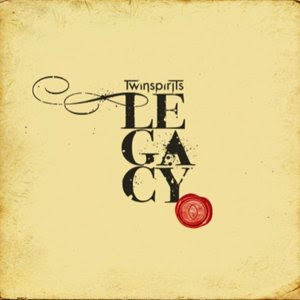