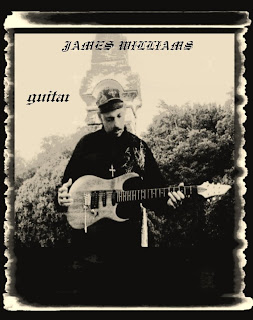 Sure to be a big hit with fans of progressive metal, Dream Theater, Queensryche.

The Epiphany, the debut CD from the symphonic metal band X Opus http://www.magnacarta.net/xopus/ , is a celestial blend of enigmatic lyrical threads and layered neoclassical metal.

Tracks such as “Terrified”, “Forsaken” “On Top of the World”, “Pharaohs of Lies” and “In the Heavens” are haunting yet radiant musical vignettes, imbued with the power of spiritual transformation.

While traces of Hendrix, Symphony X and J.S. Bach can be detected throughout the 10-track CD, X Opus has shaped a dense musical landscape pockmarked by major plateaus and minor gullies. The combination of doomy chord changes, bombastic compositional grandness, the flavor of Middle Eastern scales, and lyrical themes, based on the redemptive nature of faith, is enough to send chills up and down your spine.

“You always hear about the healing powers of music,” says guitarist, multi-instrumentalist and X Opus leader James Williams. “The Epiphany CD really sums up many of the trials and tribulations of my life and even my own belief system. Really, it’s the record I’ve waited my life to make.”

Williams composed the music and played and/or programmed all of the instruments heard on The Epiphany. Dallas-Fort Worth area singers Brian Dixon and David Crocker provide the operatic and classic metal vibrato. (Think Halford, Dio, Tate and LaBrie.)

It’s no accident that the extreme emotional component of this music has moved so many who’ve heard it. The Epiphany is more than just good headbanging entertainment -- it’s a senses-stimulating symphonic metal experience for the ages.

“The Epiphany CD took about two years to finish,” boasts Williams. “I wrote 25 compositions for the CD and I picked the one that I thought were the most appropriate thematically. I’m really very proud of this entire collection of tunes.” 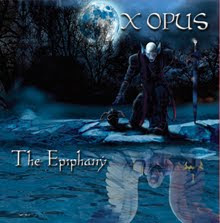