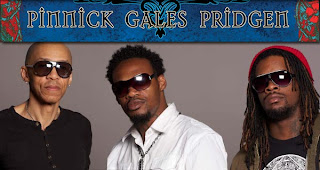 RothNRoll - Kaj Roth
In the same league with new supergroups as Chickenfoot and Black Country Communion.

Blues Rock Review
The album is a true testament to the unwavering passion each member brings to the table.

Hard Rock Haven - Sherry Thomas
Although 2013 has just begun, it may be difficult to top Pinnick Gales Pridgen.

Craig Marshall - Marshall Of Rock
A visionary power trio (emphasis on power) and a supergroup to boot, which is sure to take its rightful place in rock's hallowed halls