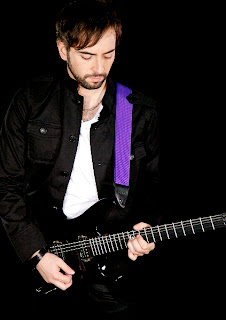 Video teaser for the Riccardo Gioggi's next official video "The Spy Song". The song is included in his new album A Theory Of Dynamics, which was released in digital stores on December 4th 2012. A Theory Of Dynamics comes out on Digital Nations, digital-only label subsidiary of Favored Nations Entertainment, the label founded in 1999 by the rock guitar master and three-times GRAMMY-winner Steve Vai.


A Theory Of Dynamics also contains a special guest appearance by the astounding Michael Manring on fretless bass on "Air".