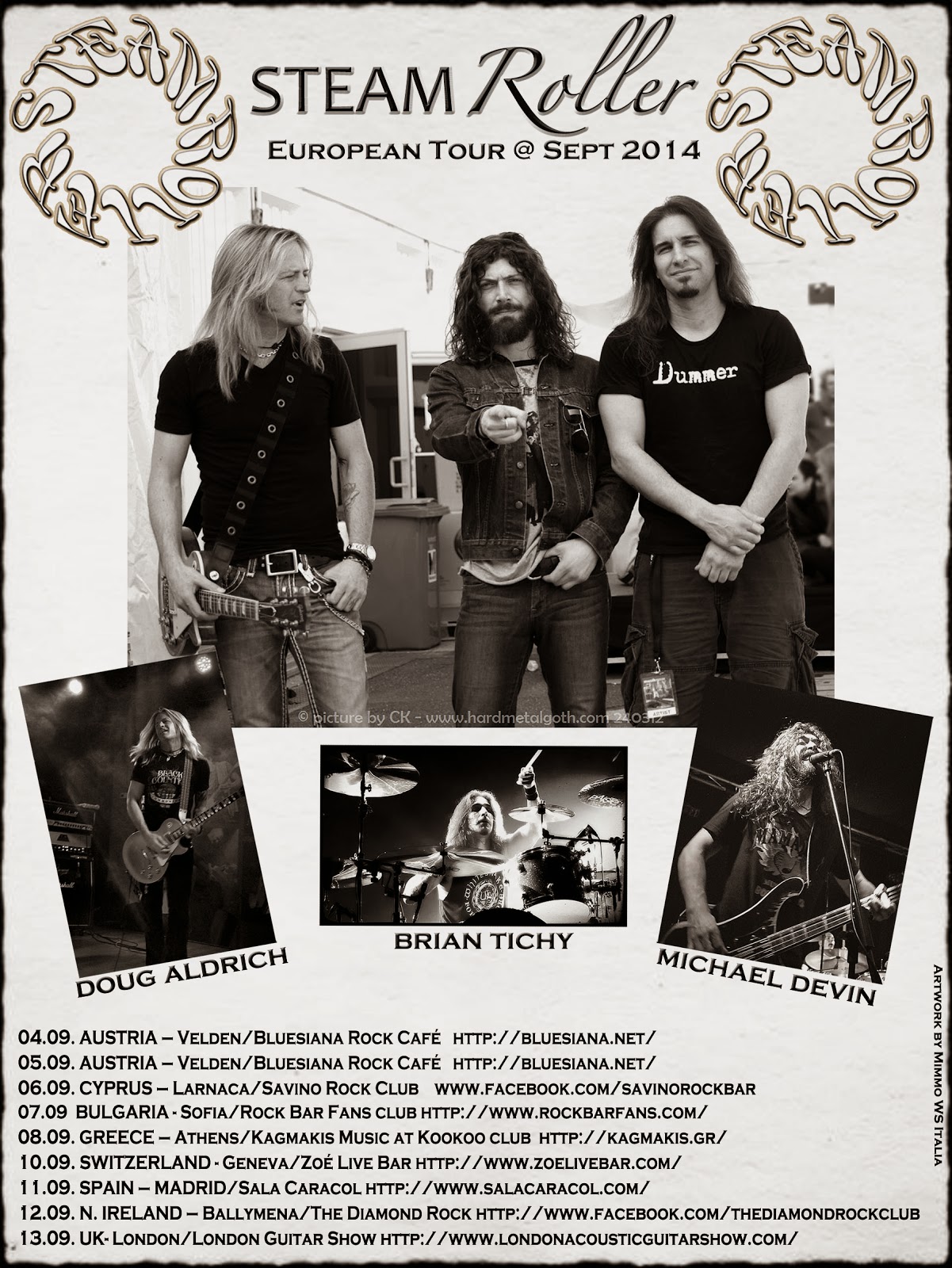 Where hard rock meets electric blues, where guitars are played with gritty fingers, where the hot iron meets the pavement, this is where you’ll find SteamRoller.

Word quickly spread. Crowds gathered to hear the band lay it down during their initial brief run through Europe in early 2012. It comes as little surprise the power trio creates a sound as big as a six piece.

Doug Aldrich spent years rippin’ his guitar alongside metal master Ronnie James Dio before moving on to Whitesnake, where he has co-written the last two albums with legendary frontman David Coverdale. Bassist and singer Michael Devin spent years on the road, playing bass with Kenny Wayne Shepherd and George Lynch, before joining Whitesnake.

SteamRoller celebrates their unique individuality both as musicians and personalities. Their brand of music is raw and full of essential rock talent.