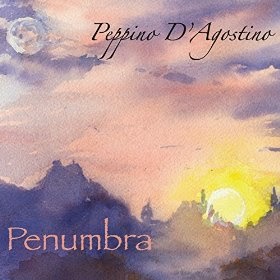 Peppino D'Agostino doesn’t just play the guitar. He composes, arranges, collaborates, improvises and has even been known to sing a song here and there in both English and Italian. But what he does create on the guitar makes the difference between simply playing and truly making music apparent in the most wonderful ways. D'Agostino has been hailed as “a guitarist's guitarist” by Acoustic Guitar magazine as well as “a giant of the acoustic guitar” (San Diego Reader), and holds many top guitar awards, but the San Francisco Chronicle encapsulated the essential difference that distinguishes D'Agostino’s music when it dubbed him “a poet.”

A native of Italy, D'Agostino has made his considerable international mark as a musical artist on the guitar since he arrived in America a little over 25 years ago. The readers of Guitar Player voted him 'Best Acoustic Guitarist in 2007', and the following year in Acoustic Guitar's People's Choice Awards he won a Bronze medal for 'Best Acoustic Album of All Time' for his 2002 release 'Every Step Of The Way' (tying with Leo Kottke, one of his prime inspirations) and another Bronze award as 'Fingerstyle Guitarist of the Year'. Even his Peppino D'Agostino Seagull Signature Guitar model was ranked in June 2014 as one of the 10 best signature guitars by Guitar Player Magazine. But as said above, it's not just his talent that makes D'Agostino so notable, but also what he does with it.

Collaborations have been key to D'Agostino’s career. In 2010, D’Agostino co-founded with David Tanenbaum, The Pacific Guitar Ensemble – an eclectic group of six guitarists who play everything from nylon and steel-string guitars to electric basses and 17th century theorbos. At other times, he's on stage with musicians such as Stef Burns, electric guitarist for Huey Lewis and the News and Italian rock star Vasco Rossi, drummer Jeff Campitelli, one of Rolling Stone's 100 Greatest Drummers of All Time; legendary Paraguayan harpist and violinist Carlos Reyes; or Frank Martin, keyboardist extraordinaire who has played with everyone from Lady Gaga to Bruce Springsteen.

D'Agostino's simultaneous immersion in the classical guitar and rock worlds, has culminated in his new solo recording, 'Penumbra'. “There has been an evolution in my playing due to all the incredible musicians that I have met, and this new CD reflects that,” he says. “How can I not be influenced by such great players? I don't even recognize how much, because it goes into your brain, and you can't quantify that, but working with all these artists, and knowing what inspires them, has made a noticeable difference in my approach. I definitely feel that this record expresses all those various influences.” According to D'Agostino, 'Penumbra' is a mix of sophisticated yet melodic compositions that are technically complex.

'Penumbra' includes two compositions written for D'Agostino by Latin Grammy Award winner and classical guitar legend Sergio Assad. Of this fateful collaboration D'Agostino says, “We became good friends when he started teaching at the Conservatory in San Francisco. I really admire what he does as a composer, so one night when we were having dinner in North Beach, I asked him, 'What’s your approach?' And he said, 'Well there's different things that I do. One of them is, I use numbers, like the dodecaphonic approach. For instance, if you give me your name, each letter, p-e-p-p-i-n-o, is a note.' And then, three weeks later, he came up with a tune based on my name which is very melodic and lyrical. On another night, David Tanenbaum, Sergio, and I went out and had some fun and three days later, Sergio said, 'Hey I wrote another one for you.' This one is more like a samba and it's pretty fast. Later David was telling me, 'Do you know how many classical guitarists constantly ask Sergio to write for them – and he just gave you two compositions - you're really lucky.' ”

“The latest CD release by Peppino D'Agostino brings us a repertoire typically associated with nylon guitar players. The beautiful sound of Peppino's steel strings makes us hear this repertoire with renewed interest. 'Penumbra' is a must for all kind of guitar lovers.” - Sergio Assad

The new CD also features compositions from two other contemporary classical guitarists, Roland Dyens and Maurizio Colonna. “I really admire Roland Dyens,” says D'Agostino. “He's one of my favorite guitarists, because he mixes classical and jazz. He has this mind that can go both places. And every concert he starts with an improvisation. I always loved his piece 'Valse des Anges' ('Angel's Waltz'). It's more of a jazz waltz - very melodic, but also jazzy.”

Like Assad, Italian guitarist Colonna contributed two pieces. D'Agostino explains, “I met Maurizio years ago, and he's interesting because he uses a classical technique, yet he has also recorded very complex arrangements of rock songs by Led Zeppelin and Pink Floyd, but the two pieces I recorded are his original compositions. One is very melodic, with a lot of the classical tremolo technique. The challenge is to do it on steel-string, which is not easy. The other piece, 'Synchronized Movements', is an almost minimalist piece, where phrases are rhythmic yet change only slightly.”

While all these guitarists have clearly contributed to Peppino's continuing evolution, he returns the favor with compositions dedicated to Tanenbaum and Sergio Assad. Says D'Agostino, “I dedicated 'Penumbra', the title track of the CD, to David Tanenbaum. 'Penumbra' means between dark and light. Through David I learned about Baroque music and minimalism. So I was really trying to bring some of the Baroque and minimalist elements into the composition. I wrote it for him and he actually started performing it. So there's an even stronger connection with the classical world.”

“Peppino D'Agostino's new CD 'Penumbra' actually has very few shadows, but rather his usual bright, Italian, sunny charm. I was particularly happy to hear him play the wonderful piece he wrote for me, 'Penumbra', with its blend of Baroque music and minimalism.” - David Tannenbaum

The track “Penumbra” is also a perfect illustration of how D'Agostino is balancing his interest in classical guitar and his older steel-string style. Opening with a Baroque-sounding theme, played with great sensitivity and feeling, the piece, which is in one of D'Agostino's trademark open tunings, segues into a rhythmic section in 9/8 that references his rock and ethnic-influenced style.

Peppino D'Agostino will be performing with a variety of ensembles in support of 'Penumbra'. He'll continue playing with the Pacific Guitar Ensemble, longtime colleagues Tanenbaum and Burns as well as the duos with drummer Jeff Campitelli and harpist and violinist Carlos Reyes. Furthermore, he is also part of a 2014 - 2015 tour called “The Great Guitars”, with Martin Taylor, Frank Vignola, and Vinny Raniolo. All these projects although different in nature and scope have one thing in common - D'Agostino's ongoing desire to expand the repertoire of the steel string guitar and to reaffirm the important role that music plays in our lives.