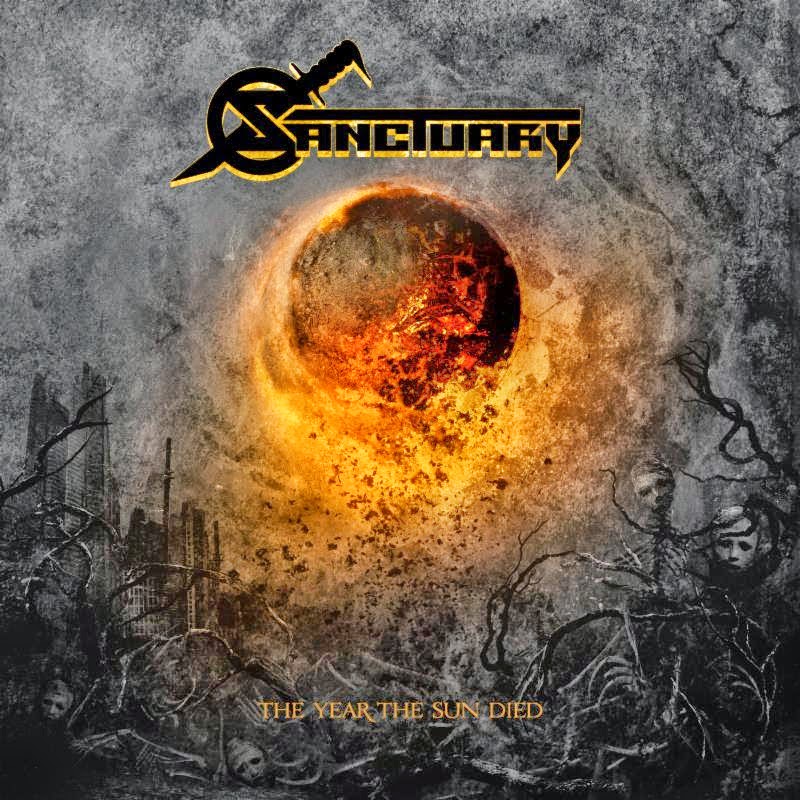 Legendary Seattle metal band, SANCTUARY, has posted the artwork for their upcoming album, The Year The Sun Died. Created by Travis Smith (OPETH, NEVERMORE) the album art can be seen below. 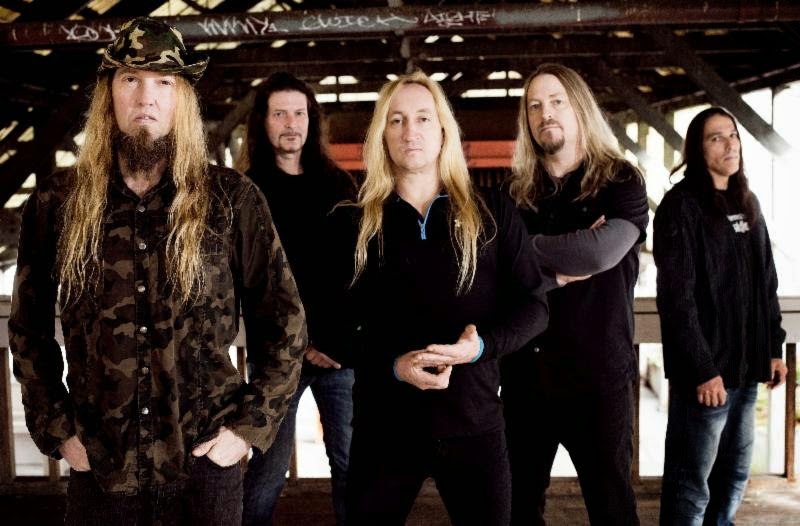 The album will be released in North America on October 14 (October 6 in Europe) and will feature 11 tracks. There will be a deluxe media book, available exclusively at CM Distro in the United States, which features expanded packaging and the bonus track, "Waiting for the Sun", originally recorded by THE DOORS. The vinyl version will come with a CD featuring this bonus track as well. The 11 tracks on the CD and LP are as follows:

The Year The Sun Died track-listing
1. Arise and Purify
2. Let The Serpent Follow Me
3. Exitium (Anthem of the Living)
4. Question Existence Fading
5. I Am Low
6. Frozen
7. One Final Day (Sworn to Believe)
8. The World is Wired
9. The Dying Age
10. Ad Vitam Aeternam
11. The Year the Sun Died

SANCTUARY was formed in Seattle in 1985; the band released two studio albums on Epic Records, Refuge Denied in 1987 and Into the Mirror Black in 1989. Worldwide touring with the likes of MEGADETH, WARLOCK, FATES WARNING and DEATH ANGEL, just to name a few, followed each album. Singer Warrel Dane's sky-high vocals combined with guitarist Lenny Rutledge's more mature take on classic thrash riffs separated SANCTUARY from the throes of metal bands struggling to get noticed at the time. Simply put, SANCTUARY offered something fresh sounding in the muddled world of '80s thrash.