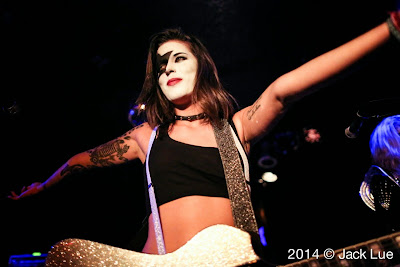 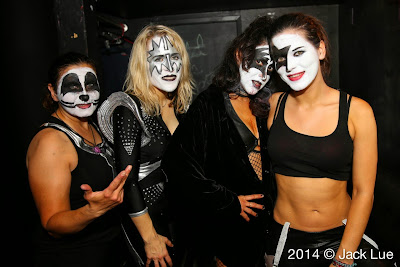 PRISS is the sexy alter ego of the greatest band of all time and these girls will rock and roll you all night long! Don’t let the name fool you, their seductive costumes and explosive stage show will leave you hotter than hell. 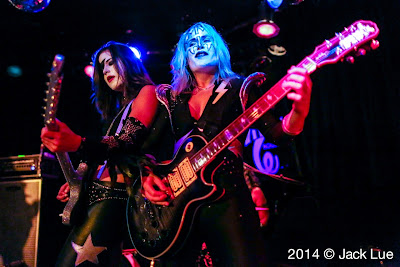 In a world where imitation is the most sincere form of flattery, few bands have as devoted a following as KISS. With years of experience touring globally under each of their belts, the members of PRISS continue to forge ahead writing their own chapter in KISSstory.

Our passion for KISS is real and we are not alone. Classics like "Detroit Rock City", "Rock And Roll All Nite", and “Shout it Out Loud” are examples of the staying power of KISS' music for all generations.

PRISS is the perfect band for fundraisers, promotions, film & TV appearances, private parties and live concerts. We can do it all! 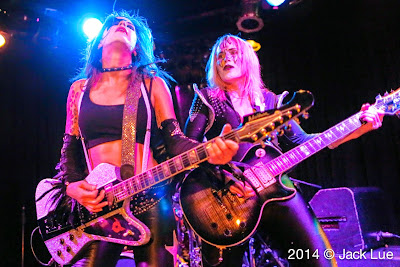 Our commitment and devotion to our mission is clear. We believe in paying tribute to the gods of thunder through our stellar musicianship and awesome performances. We realize the passion that lives within the hearts of KISS fans everywhere… we're fans too.

PRISS… Shout It Out Loud! 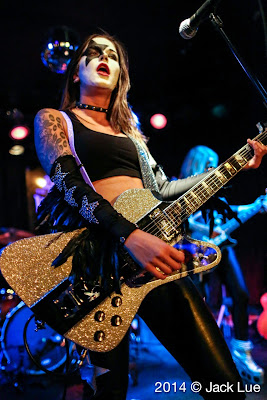 Moa Henriksson hails from Sweden. Finding her love for music at an early age, she began as a singer and then took up bass. But her true love became the six string guitar and songwriting. She has toured Europe with several bands and performed at major events such as the Sweden Rock Festival and England's Hard Rock Hell Festival. Her bands have shared the bill with such notable acts as Aerosmith, Cinderella, Guns N Roses, Foreigner, Journey, Motorhead, ZZ Top, Ratt, Def Leppard, Whitesnake, and Ace Frehley
himself. 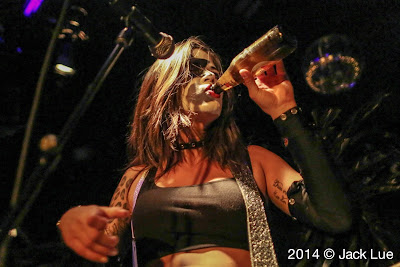 In 2012 she relocated to Hollywood California to attend the prestigious Musician's Institute. In addition to her role as Doll Stanley of PRISS, Moa writes and performs her own music in Dead Heroine. 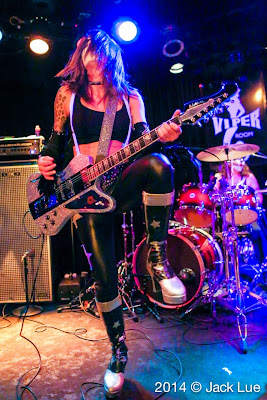 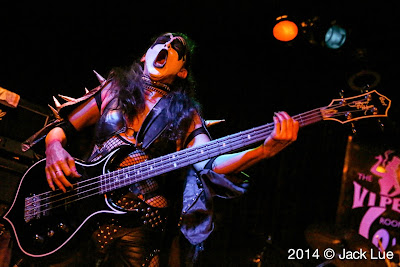 Andrea Zermeno was born in Los Angeles and was exposed to music at a very early age, her family always had something tasty on the turntable. She studied under the guidance of legendary session bassist Carol Kaye. Andrea is also a member of Thundherstruck The Ultimate All Girl AC/DC Tribute. Andrea has toured the US and Europe as well as performed for US Armed Forces in the Middle East, Central Asia, Germany and Japan. Her bands have opened up for such acts as Alice Cooper, Toto, Grand Funk Railroad, Styx, John Fogerty, etc... Andrea is endorsed by ESP Basses, Aguilar Amplification and EV Microphones. 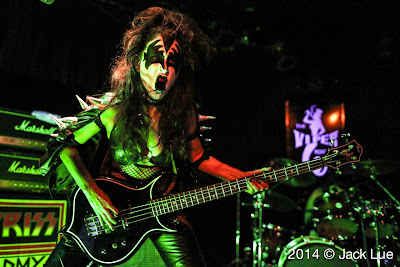 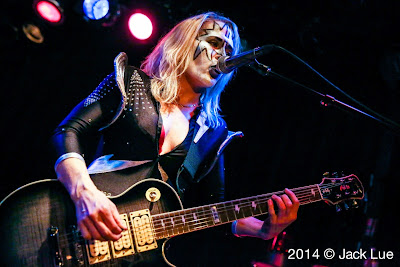 Jennifer is a musician’s musician who can play a variety of instruments from guitar to flute, as well as sing and record. Jennifer has certification in audio engineering from Dallas Sound Lab and has multiple recording credits. Her bands have shared bills with such acts as: George Thorogood, Lita Ford, Paul Rodgers, Foghat, Jimmy Van Zant, Smashmouth, Frankie Goes to Hollywood, The Village People, Jodi Watley and Elvin Bishop. She has played for the troops in Japan, Hawaii, and all over U.S. at many venues, corporate events and casinos. Jennifer is endorsed by Line 6, Audix Microphones, Hot Picks and Swirly Gig Products. Her other bands she has played with include: Ladysmith, BandShe and freelance gigs. 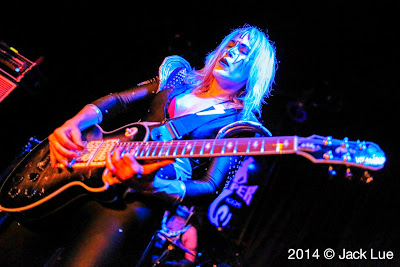 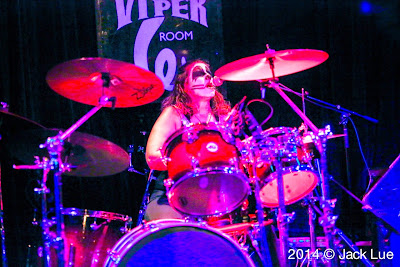 Judy started playing the drums when she was in grade school and has not stopped since. She has experience touring all over the world playing small clubs to arenas, a list of recording credits, TV and Movie Soundtrack work as well as a passion for teaching drums. She is endorsed by Mapex Drums, Paiste Cymbals, Vater Sticks, Remo Drum Heads and Swirly Gig Products. Some of the bands she has played with are: Cheap Chick, Betty Blowtorch, Ladysmith, Dime Box Band, Patsy Grind, Stay At Home Bomb, Bobsled and many freelance gigs. 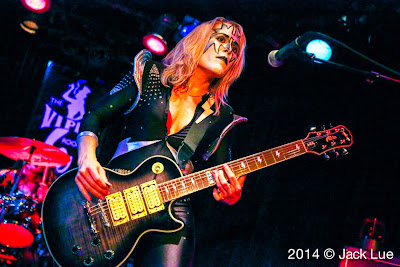 No video from the Viper room show, but Priss-Kiss Kruise IV series... check out Shout It Out Loud! 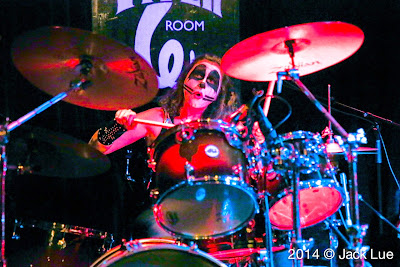