Col. Bruce Hampton: Dead at 70 after collapsing on stage at the end of the Hampton 70 concert - RIP 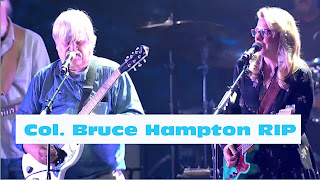 Shocking news: Col. Bruce Hampton: Dead at 70 - condolences to the family and friends

There’s disturbing news from Atlanta tonight, where Col. Bruce Hampton passed out on stage at the end of the Hampton 70: A Celebration Of Col. Bruce Hampton benefit concert at the Fox Theatre. Hampton was taken from the venue in an ambulance and we await word on his condition. 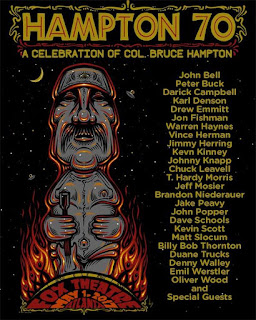 All had gone tremendously well for over four hours at the all-star concert in celebration of the jam scene patriarch. The many musicians who took part in the event assembled on stage for a grand finale that saw drummer Jeff Sipe conduct them with words written on large banners before the ensemble lit into “Turn On Your Lovelight.” Col. Bruce handled vocals for part of the song and encouraged 14-year-old Brandon “Taz” Niederauer to take a solo. When Niederauer started to solo the Col. went down and those on stage, watching from the audience and via webcast at first thought Hampton was playing around. It soon became apparent he wasn’t he was carried off and the music came to an abrupt stop.