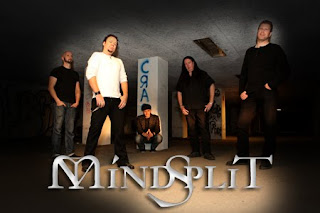 To celebrate the signing of MindSplit, May 21st 2010 sees a single and video release of the track ‘NMe - Myself & I’ taken from the bands forthcoming debut album ‘Charmed Human Art Of Significance’ (C.H.A.O.S.) which is set for release in the third quarter of 2010.

Taken from the forthcoming debut album "Charmed Human Art Of Significance" from MindSplit. 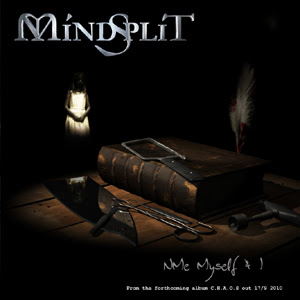 Their debut album ‘C.H.A.O.S.’ is an enthralling concept album based on the discovery of H.B. Andersons’ great old great grandfather Xerxes Anderson’s Artificial Universe (a.k.a. Prof. Xandau 1807 ~ 1851) notes from his therapy sessions. Prof. Xandau was a very respected therapist during the first half of 19th century and had his sessions all over the world based in both Europe and the U.S. These notes are the solid ground to this project and are used to tell a true story about psychological thoughts and human behaviours. This story line is set to a musically accomplished and captivating release which will draw the listener in from the first listen.

Full details on the album to be released soon. In the meantime check out the bands official websites for more information.