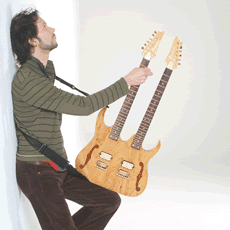 New Milford, CT
Paul Gilbert has recently added an appearance on our New Milford, CT campus for the week of July 18th-23rd. Rock classes that week include:

McLean, VA
Paul Gilbert will be appearing as part of our Rock Summit in McLean Va., during the week of June 26-July 1st. Rock Summit Courses include:

Some Paul-related news: Mr. Big has a new album being recorded in
Sept. 2010 and they are planning another world tour in 2011. (source:
Eric Martin's official newsletter. He writes them.)