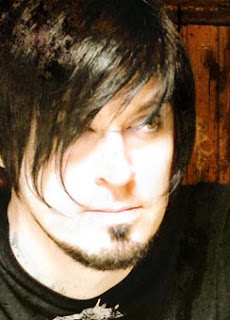 We all know the story. When Radiohead put out their new cd “In Rainbows” on a pay-what-you-like download basis, there was a lot of resistance from critics. But Radiohead stated “...we believe if your music is great, then people will pay for it.” Selling around 30,000 copies within the first week alone and hitting #1 on iTunes made the cd an immediate success. There then followed a enormous surge of ticket sales and their album ultimately sold over 3 million copies, including 100,000 deluxe edition box sets. They quickly became an inspiration to many bands world-wide, who awhile later are offering the same pay-what-you-like system to their own fans, seeking for the same success.

Artists at all levels of their music career have been successful replicating this model, and yet some haven’t. Many have even criticized this model saying it only works for bands with an already devout fanbase, overlooking the countless stories of smaller artists having similar success. Yes, these smaller bands may not have sold millions like Radiohead, but selling a 100x to 1000x more than the other musicians on their "level" is HUGE.

Can you just follow their system and be promised success? You're doing the same thing, you should get the same results, correct?

Have you heard of Adam Singer? He used his cd release strictly as a promotional tool through Creative Commons. In just a few weeks he had over five thousand downloads for his album, and it had also been shared countless times beyond that. He drew attention--tens of thousands of individuals visited his web page, remixes begin to pop up in various places, he got requests to write music for videos on youtube and he was also talked about on quite a few music blogs & internet radio sites. Simply releasing his album for free under Creative Commons had dramatic results. He gained more attention in a short time than the majority of musicians attract over the duration of their career and all without a devout fan-base or tons of money in his marketing budget.

Let’s look again at Radiohead. They released their 2011 album in the same manner, and again the critics are coming down hard on them. Later, they released it on Vinyl, and once again got knocked by critics, even though "The King Of Limbs" shortly became the bestselling Vinyl album of 2011 by an insanely huge margin. null But are you seeing what they missed?

They also put out their entire back catalog of albums on a USB stick for 160 USD, and it sold like umbrellas on a rainy day. Are you catching on yet?

What model is right for us?

Creative Commons? Pay-what-you-like? And what about USB? Or Vinyl? There’s one easy choice, “none of the above.” Sure, you CAN follow any of these systems, but if not done right, then it will fail. Let's look less at what systems they used, and more at the mindset that fueled them. Radiohead tried several different models and were successful, and not only because of the the amount of fans they had waiting. Adam Singer, who had virtually no fans, used a a completely different method, and still had a large response to his album. These artists are extremes in terms of fanbase and implementation strategy, but they share a common mindset towards their music career The issue isn't what model can you follow, but "What method is perfect for YOUR audience because it's what YOUR fans are looking for?"

Apple didn’t survey critics and experts what they thought of a entirely touchscreen mobile phone or ten inch iPad. They didn’t ask industry executives about releasing an all inclusive machine, or about shrinking down MP3 players to the size of a deck of cards and smaller. Napster didn’t second guess themselves and run to the "experts" for whether they should do digital downloads and streaming music. Netflix also didn’t just follow the industry when they made their mark with DVD rentals through mail-order. These artists and businesses were all surrounded by skeptics and "industry experts" saying it couldn't be done, yet awhile later they are rushing to replicate their results. But these copycats miss one very important thing--the mindset behind the success and that's why they fail.

Don't merely copy what they did and expect to get the same results You need to instead model their mindset in order to have similar fuel for your own music career success.

How to make your next album release rock:

You should have enough explanation, so here are some actionable steps.

1) Picture and describe your intended audience. This is important because the more you are able to know your desired audience, the easier it will be for you to create a cd release model that actually works for them. You can do this by thinking of your most devout fan. Who are they? What types of things do they go mad for? How do they like to browse, take in, and pay for music? Where do they spend time both online and locally? Define them so well that it will be painless for you to know exactly how to release your music in a way they can’t resist.

2) Maintaining the description of your ideal fan, detail out your own specific album release model. A plan that is simple for them to find, painless for them to consume, and easy for them to share.

Yes, it’s that easy. Because Radiohead knew their ideal fan so well, using successful release models was easy. Adam Singer knew precisely who he wanted to target, so even without a fan base his release rocked. Singer's fans were just like him, so he hooked them with precisely what he would be wanting...awesome music that was easy to find, purchase, share, and use. These two artists, and even the visionary businesses we mentioned, anticipated ways to engage their fan base despite the outcry of all those who would eventually shamelessly copy them.

So the question persists. What method will engage *your* fan-base in the biggest way out there?

About the Author: Draven Grey is an artist development specialist and accomplished professional musician who has been where you are. He coaches bands across the world in how to be as successful as their favorite bands. Sign up for more great http://www.rockstarmindset.com tips about the music business and a FREE 6-Day Booster Pack now at rockstarmindset.com.
Draven Grey