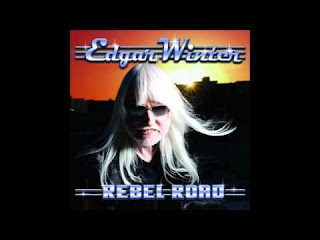 Rock multi-instrumentalist Edgar Winter is getting ready to release a new album and conquer the UK. Would you be able to post a preview up on your site about the news please?

Edgar is the younger brother of the late Johnny Winter, and wrote and performed with Johnny on many occasions, including the legendary 1972 hit “Rock And Roll Hoochie Koo”. Edgar has most recently performed in the 11th incarnation of Ringo Starr’s All Star Band alongside long-time collaborator Rick Derringer.

Edgar has had a prolific career himself, both with White Trash and as the Edgar Winter Group, producing late 70’s No. 1 hit“Frankenstein”, which showcased his epic capabilities as a keyboardist, vocalist, percussionist and saxophonist.

He is currently pushing his new album “Rebel Road” out November 14, and will be gearing up for an 11-date European tour, climaxing at London’s prestigious KOKO venue on Tuesday December 1st. Rebel Road is an absolute rocker, with blues influences. It’s like southern rock meets ZZ Top meets bit Billy Joel.