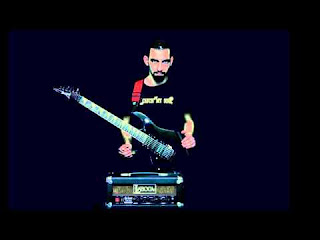 ANAS IBN MALEK (Instrumental Progressive Metal-Toulouse,France) has just released a new single called "Existence" off of his upcoming and third solo album The Downward Spiral Part I, which is set to be released in 2016. As a solo artist and producer, he has played and recorded all of the instruments. It was then mixed and mastered by Dave Kelly (UK):