Antonello Giliberto: The Making Of "The Strategy Of Chaos" 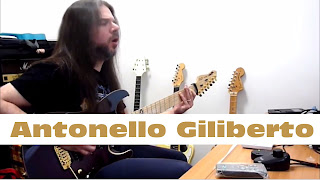 Sicilian guitarist Antonello Giliberto has released the video of the "making of" the guitar recordings of the new instrumental album, the third, titled "The Strategy Of Chaos".After "Journey Through My Memory" (MINOTAURO RECORDS), which has had great reviews all over the world, the guitarist still has a record featuring engaging riffs, guitar solos rich in technique, melody and taste.An album that will not disappoint symphonic metal fans with extreme guitar parts.The musicians involved in the recordings and the cover will be announced in the coming weeks.