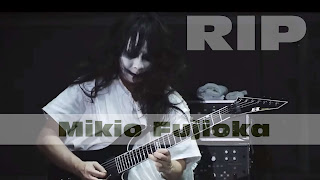 Mikio Fujioka: Dead at 36 RIP - Fujioka, just 36 years old was observing the stars when he fell off the rock he was observing from, back on 30th December 2017. Fujioka later died of his injuries on January 5th 2018.

Our condolences to both family, friends and fans.

The “Little” Guitar Kami of #BABYMETAL’s #Kamiband has passed away in the METAL GALAXIES,’ the band tweeted on Tuesday afternoon. ‘We hope that he is now with his GUITAR MASTER A. Holdsworth and enjoying an epic guitar session with him. ‘We are the one, Together, We’re the only one, You are the one, Forever, #RIP #THEONE.’