Kelly Simonz: Tales Of The Viking ~ Ferry on the ship Christmas 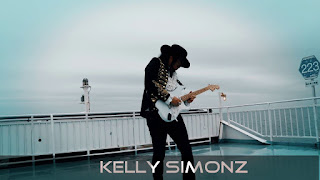 【FUTURE DESTINATION on Boat】 Following the train the performance at the ferry was in extreme circumstances · However as a body that has overcome the harsh conditions many times, using the mental and physical which is "manageable" and physical I emphasized entertaining. It is hard to hear their sounds on the deck, it is a play that relies solely on the sound of Yosuke's raw drum, but as it was aimed, it became "gurantically loud" so let's say it's okay 👍 In the rehearsal it's totally sound It was a good feeling that the PA that did not go well became a good thing and it was nothing more than what you enjoyed, and by the time of this song it became an image that makes you feel the very bright future that the sunset will come in. ✨

Tales Of The Viking ~ Ferry on the ship Christmas ~