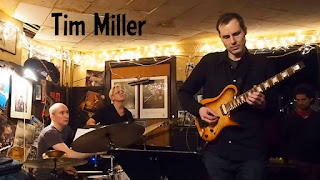 Tim shares some cool stories about connecting with Dweezil Zappa, Randy Brecker and Mick Goodrick… how and why he started his online music lesson programs, internetguitarlessons.tv… the making of his most recent album… the tremendous musical influence his mother had on his career, and on his life… “nuance listening”... the one thing he tries to do every time he practices, and much