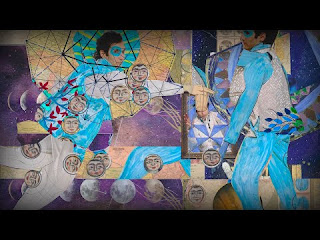 This song is dedicated to my father who has an ability to see places in his dreams where he has never been before. Every once in a while, he visits these places following the memory of the details of his dreams.

Dear fans,
The day finally came and my new album The Call Within is out as of now!

The majority of composition of this album like my other albums have been a developing process since 2004. Now I almost get a little sad/nostalgic seeing the whole process coming to it’s final phase, even though I will have a satisfactory feeling to seeing that now you can enjoy the harvest...
I would like to take a second to thank my band mates Evan Marien and Arthur for being absolutely great human beings and for their devotion to the cause. Love you guys! I would also like to thank special guests Tosin Abasi, Areni Agbabian and Artyom Manukyan for bringing their awesome vibes to the record! Also a special thanks to Mesrop Sarkisyan for working tirelessly to coproduce one track.
Last but not least I would like to thank Nanuka Tchitchoua for creating more than 10 new collages for the artwork of the album.