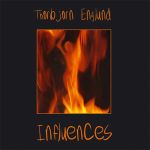 Thörbjorn Englund, the guitar magician behind Winterlong is set to releases his debut instrumental solo album entitled Influences. As the title suggests this album pays homage to Thorbjorn’s influences and covers a wide range of styles. You can buy it online at guitar9

Background:
Thörbjorn Englund started playing guitar at the age of 10. He didn't take it up properly until the age of 14 when he formed his first band "Endomorph". Endomorph did not achieve success but recorded several demo tapes which received good critics from listeners.

Thorbjorn was inspired again when he saw Yngwie Malmsteen for the first time. He decided to sacrifice almost everything to the study of guitar. Later influences include Joe Satriani, Kee Marcello, Marty Friedman.

The hard practice paid off and the band Winterlong was formed with a number of release on the lion music label. Thorburn has also plaid on a number of other CD's. Check out guitar9 list of associated CD's