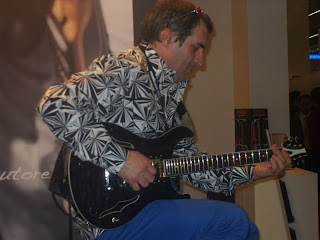 Ruggero Robin played on the Techra Guitars stand at the Musikmesse 2010. We caught him at 10:00 in the morning, an indecent time for musical folks who for the most part are used to playing evenings. It was great to meet Ruggero again, one year on from our last meeting. We caught up with Ruggero on Saturday as well, this time in the keyboard hall supporting Joey DeFrancesco. That part of the show was rammed! I did get some video but with my arm held vertically aloft for more than 5 minutes at a time! 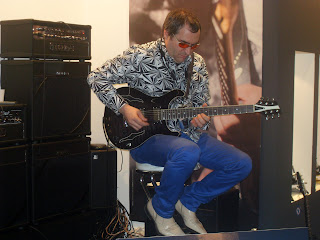