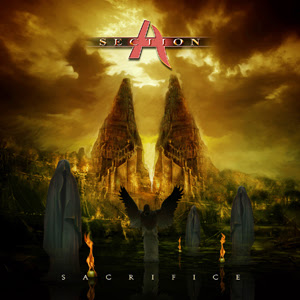 Section A return after an absence of 4 years with their third album “Sacrifice”. Led by the rich vocals ofAndy Engberg and the virtuoso guitar work of Torben Enevoldsen (Acacia Avenue, Fatal Force) the band is completed by new drummer Thomas Heintzelmann (Decoy) for the pounding 10 tracks of the new album.
“Sacrifice” marks a heavier and more direct approach from Section A with a more streamlined song orientated approach than its two predecessors “The Seventh Sign” (2003) and “Parallel Lives” (2006). The progressive elements of its predecessors are used more sparingly this time round and lyrically there is no concept to follow yet the album does tread the a similar ground in lyric subject matter.
On the music’s direction Torben Enevoldsen comments, “Musically, this album is a bit heavier and straighter forward than our previous efforts. The songs are perhaps also a bit faster and more energetic. It’s however basically still a blend of very melodic hard rock and metal, with a slight touch of Prog. The initial writing actually began right after the release of “Parallel Lives”, back in 2006. The writing and recording sessions then went on and off during 2007 and 2008, until the album was finally completed in September of 2009. I did most of the recordings here in my own studio in Copenhagen, but Andy’s vocals were recorded at Stonetower Studios in Stockholm”.
On the bands new drummer Torben proudly states, “I think that our new drummer, Thomas Heintzelmann, has opened new doors to the band technically. His double bass drumming is very fast and tight, and that enabled us to utilize this in our new songs. As a result, a song like “Land Of The Desert Sun” became just the way I wanted it. Very tight, fast and heavy”.
Continuing the bands tradition of having a first rate keyboardist come in an play solos “Sacrifice” is no exception with Lasse Finbråten of Circus Maximus adding his distinctive style and creating a nice collection of solo trade offs with Enevoldsen.
“Sacrifice” sees Section A back in full metal mode for their new album and is sure to appeal to long-term fans of the band as well as win over a new audience. 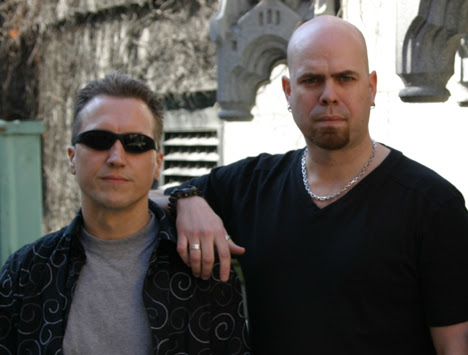