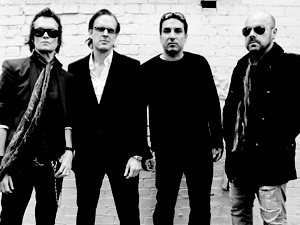 I was lucky enough to get hold of a preview release of the latest opus from Black Country Communion and it’s been playing away in the background as I have been blogging  guitar posts all weekend.

So what do you get with this new BCC CD then? Well Black Country Communion is to all intense and purposes a modern day super group. Each player well respected in their own field whether vocals, drums, guitar or keys. Being into the rock music scene since the early 1970’s you know that super groups don’t always deliver all they promise, too much hype, too much expectation and then the inevitable implosion. Black Country Communion might just be a credible exception, having already beaten the potential first album fatality that often befalls ego driven musical combines. The sophomore release looks set to follow on from Black County’s first album, which was released in 2010 and further cement Black Country Communion's reputation as classic rock stars. 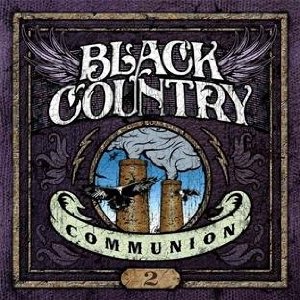 In case you are not up to speed the band features the talents of:

Seems to me that the melding of Glenn Hughes, Joe Bonamassa, plus  the addition of heavy hitter Jason Bonham has resulted in a match made in heaven. Big Voice, Big Guitar and Big Drums... but for me the icing on the cake is the addition of Derek Sherinian, who brings in the prerequisite Big keys to take the overall sound into classic rock heaven.

Now to write one album of high octane, vocal driven rock is OK, but to get another in the bag with in 10 months in nothing short of a miracle. Glenns' vocals are still the epic centre piece of all the songs, this guy could melt the snow off the top of Mount Everest from a thousand miles away. Derek Sherinians’ keys are supportive, rather than in your face, while the drums have that "Bonzo" big drum sound, a sound of heritage and quality... This modernised, super charged sound is a heady cocktail of rocking Deep Purple mixed with progressive Led Zeppelin all propelled by the muscular rock guitar soloing of Joe Bonamassa and lyrical honeyed vocals of Glenn Hughes. Two stand out tracks for me are the blues rocking tour de-force “Little Secret” and the album closer “Cold” both featuring excellent guitar work from the in form Joe Bonamassa. All in all, this is the sort of music you’ll want to be playing in your car on repeat, on those hot, traffic filled, summer days, windows down, music blaring.... world prepare yourselves for a a summer of Classic Rock!