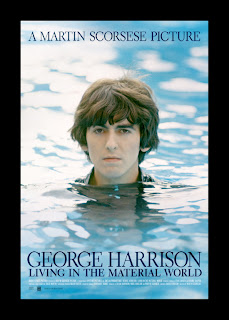 To coincide with the release of the film, in late September, Abrams Books will publish Olivia Harrison's George Harrison: Living in the Material World, a personal archive of photographs, letters, diaries and memorabilia from George's life. http://www.georgeharrison.com/