Guitarist JEFF LOOMIS (ex-NEVERMORE) will be entering the studio on August 23rd to begin recording his second solo release. Dirk Verbeuren of SOILWORK will be playing drums on the follow up to 2008's Zero Order Phase. There will be 3 - 4 tracks on the disc featuring vocals. Christine Rhoades, known for her prior work on Nevermore’s Dreaming Neon Black, will be singing on selected tracks. Special guest guitarists will be announced in a future update. The entire recording process will be videotaped. 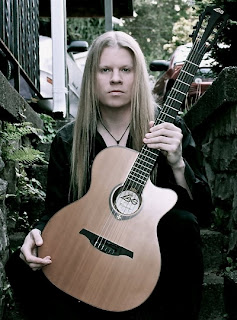 Shortly after wrapping up in the studio, Jeff will be doing threeweeks of special Schecter Guitar clinics in China, scheduled for October 2011.
Jeff Loomis