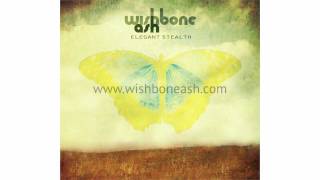 Danbury, CT - Wishbone Ash, one of the most influential guitar bands in the history of rock, kicks off the North American leg of their 2013 tour on February 28. The group returns to these shores following a successful spring tour last year to celebrate the release of their highly acclaimed studio album, 'Elegant Stealth', and on the heels of the 'RoadWorks 3' release, a collection of live performances.

During the Elegant Stealth Tour of 2012, Wishbone Ash played to full houses in the Northeast and Midwest. The upcoming North American Tour features many familiar venues plus several new stops, including dates on the West Coast and in Canada.

Released in November 2011 by ZYX Music, 'Elegant Stealth' represents a benchmark in the evolution of Wishbone Ash. Signature twin-lead melodies and a powerhouse rhythm section frame 11 new tracks that reflect a diverse realm of styles and moods.

Formed in 1969, Wishbone Ash has more than 20 original studio recordings and several live albums to their credit. On Elegant Stealth, the group coalesces around strong songwriting and serious chops. Founding member Andy Powell handles lead vocals and trades licks with Finland’s guitar wizard Muddy Manninen. Bassist Bob Skeat, a 15-year veteran of the band and in-demand studio musician, sets the pace with Joe Crabtree, one of the best of Britain’s new breed of drummers, having played with Pendragon and David Cross of King Crimson. The band demonstrates its versatility on 'Elegant Stealth', from the pop/rocker “Reason to Believe” to the gentler vibe of “Give it Up” to tunes like “Warm Tears” and “Big Issues,” where the band gets to stretch out and flex its musical muscles.

Keith “MuzikMan” Hannaleck of MuzikReviews.com said, “This band is like a fine wine that just keeps getting better with age and this is one of their strongest studio releases in years.”

“The songs are catchy, very technical, but there is a soul in what Wishbone Ash is doing!” said Mark Kadzielawa of 69 Faces of Rock.

Citing Wishbone Ash as an influence on their style, Thin Lizzy, Iron Maiden, Southern Rock outfits like Lynyrd Skynyrd and, more recently, heavyweights like Opeth and some of the guitar- based Indie/Alternative bands, have all taken a little something from the legendary twin-guitar approach of Wishbone Ash. Truly, there is no other rock band on the planet that has done more with the twin guitar concept than the Ash.

Tour dates and more information can be found at http://www.wishboneash.com/