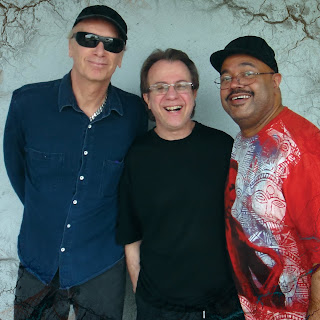 The moniker NIACIN -- the common name of the vitamin B3 -- refers to the integral musical role played by the Hammond B-3 organ in shaping the band's sound, described by All Music Guide as "part acid jazz, part progressive rock, and part jazz-rock fusion." Inspired by the likes of Return To Forever and the Mahavishnu Orchestra, the group released their debut album in 1996 on Stretch, the label of jazz legend Chick Corea (who later wrote and performed on a track on NIACIN's second album). As the buzz spread, the group toured the world periodically over the following decade, during which they released four additional critically acclaimed albums featuring such notable guests as Glenn Hughes (Deep Purple, Black Country Communion) and Toto guitarist Steve Lukather.

For the last several years, the individual members of NIACIN have worked steadily on various other projects -- Chambers, for example, continues to serve as the musical anchor for Carlos Santana's ongoing Las Vegas residency -- but in 2012, the group reconvened for the first time since 2006 to write and record "Krush." More details on the release -- the group's first in eight years -- will be announced shortly.