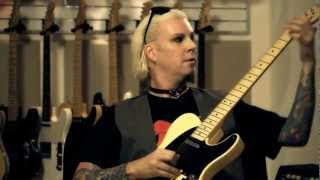 John 5 is a big-time Fender Telecaster collector, owning a Tele from almost every year since we began making them. So when we released the new American Vintage Series, we asked him to bring a few of his vintage Telecasters in for comparison sake. Watch as he shares his conclusions on the new models.