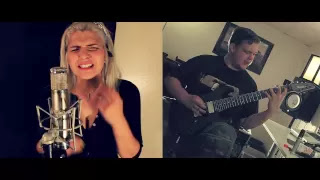 People who don't understand: 198
After eight rounds of our Favorite Cover Artist competition for Miley Cyrus‘ “Wrecking Ball,” only one YouTuber could win the coveted title, and fans chose Drewsif Stalin! Drewsif — with the help of Nikki Simmons‘ powerful vocals — pulverized the contest by putting a unique, heavy metal twist to the heartbreak ballad. Over 30 talented artists competed against the crowned winner, including Rory McKenna who came in second, and Chris Salvatore who joined the winner’s platform with a bronze win. Thank you to everyone who participated in the poll. Check out the contestants and their video below: - See more at: http://www.ryanseacrest.com/2013/12/27/drewsif-stalin-nikki-simmons-wins-favorite-cover-of-miley-cyrus-wrecking-ball/