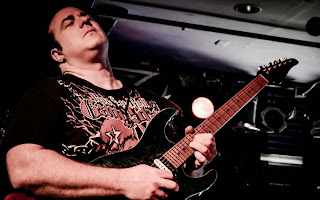 MTS Management Group is proud to announce that Xander Demos and his Xander Demos Band (XDB) bandmates have received a total of 12 nominations in the 2013 Iron City Rocks Pittsburgh Music Awards. This is the most nominations for any act this year. XDB has received nominations in the following band categories: Best Rock Band, Best Metal Band, Best Progressive Band. Xander's debut album, Guitarcadia received a nomination for Best Album and his new single, "Dancing Through Daggers" received a nod for Best Song. In individual categories, Xander received nominations in both the Best Guitarist and Hall Of Fame categories. Previous inductees to the Hall of Fame include Bret Michaels, Reb Beach, Paul Gilbert, and Trent Reznor. This is Xander's third nomination as Best Guitarist.

Nominations for the Iron City Rocks Pittsburgh Music Awards opened at the beginning of December, and closed on December 15th. The final ballot is comprised of the top 5 acts receiving the most nominations in each category. Voting for the winners is now open until January 15, 2014. Votes may be cast at https://www.facebook.com/ironcityrocks/app_190322544333196. Only one vote per email address will be counted.
Xander Demos