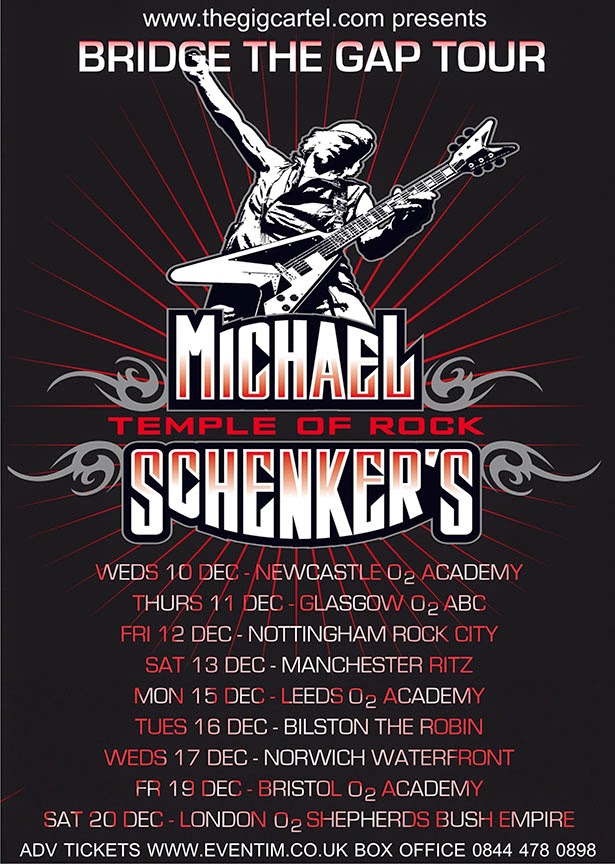 Londoners will get a special treat when, State Villains, featuring Michael’s son, Tyson Schenker on guitar, will open the show at London’s O2 Shepherd’s Bush Empire on Saturday 20 December. To get you in the mood, State Villains are offering fans a free MP3 of their song Done Crawling that can be downloaded from this link - http://bit.ly/1ycBg8Z

Tickets for Michael Schenker’s concerts are available from the 24 hour box office: 0844 478 0898 or thegigcartel.com. Further in-depth info can be found HERE.