Chris Brooks,Lord Tim: Lord Tim's Clarity Project - The 80s Called - And it wants its awesome back 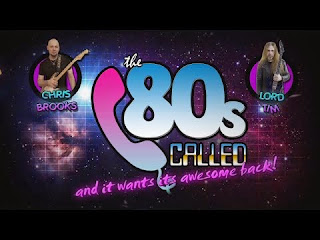 Lord Tim's Clarity Project is a side project of LORD's singer/guitarist, where he gets to expand upon his musical styles and feature guest musicians where appropriate.

The 80s Called (And it wants its awesome back) features guitar virtuoso Chris Brooks. LT and Chris go back a long way and have talked about doing this kind of thing for years. Well, here it is!

Song written by LT, recorded at SLS Studios, Wollongong (except Chris' solos which were recorded at his studio).

* Footage of Chris was filmed by Chris Brooks.

LORD and Blackened Angel albums and merchandise are available at the Dominus Store: http://www.lord.net.au/store

© 2015 Dominus Entertainment. All Rights Reserved.
Lord Tim's Clarity Project - The 80s Called (And it wants its awesome back)