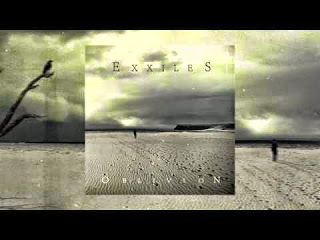 EXXILES - Oblivion is being released via Nightmare Records May 26th, 2015 to USA and Europe.

Exxiles is a band, not a project.

After Mauricio Bustamante left (Reign of the Architect), he started working on his new production and multinational band called EXXILES, seeking to reflect how sometimes we are exile in life by simple or great things when we are betrayed by something we believed in. At the end of which...there is only abandonment... pain… and anger. Yet with passion, you discover that you learn how to rise... to liberate and fight for the things you believe in once again! That is the moment when the exile transforms into something stronger, especially if walk with other exiles toward your goal.

The first part of a pending trilogy, will be a cinematic conceptual album about loyalty, a symbol of friendship, politics, religion, love… It will have many stories but but each will seek become one with the rest. It will show how loyalty becomes weak when personal interests are involved, and in sacrificing a dreamers dreams in order to achieve power, neither side wins. The ultimate dream is lost but never the hope!