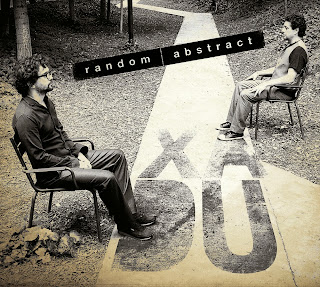 A key advantage of playing complex instrumental music in a trio or quartet is the luxury of having one player free to keep the ball of melody in play while granting the other instrumentalists the freedom to harmonize, play counterpoint or just cut loose. This was the case for Dusan Jevtovic and Xavi Reija, when, along with bassist Bernat Hernandez and under Xavi’s name, they recorded 2014’s MoonJune release Resolution. Prior to that, though with Marko Djordjevic drumming, Dusan offered up 2013’s Am I Walking Wrong. Both of these trio releases pointed the way to a style of composition emphasizing melodic interplay and rhythmic complexity while not sacrificing the improvisatory nature that makes the music such a thrilling listen.

In choosing to work as a two-man configuration called XaDu, Xavi and Dusan establish each composition with its intrinsic melodic and rhythmic components, then allow it to partially deconstruct as they explore the vast sonic palette of guitar and drumkit. Dusan’s guitar and pedalwork conjure a soundscape that can range from the introspective and almost ambient/atmospheric to the urgency of careening snowblind through a maelstrom of sound. Xavi is right in the vortex, coaxing riffs into life, laying chase to Dusan’s frenetic runs with his supremely musical tom work, or just falling away in a wash of cymbals when the wave of energy has crashed on the shore.

Random Abstract bears witness to two musicians, working together to economically craft a very cinematic piece: math metal jazz and fuzzy fusion at the highest level. There is great joy to be found in listening to these two highly talented players coax only the very best from each other. XaDu is a most enthralling musical pairing, indeed.